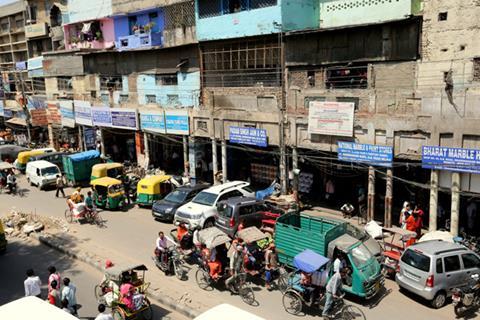 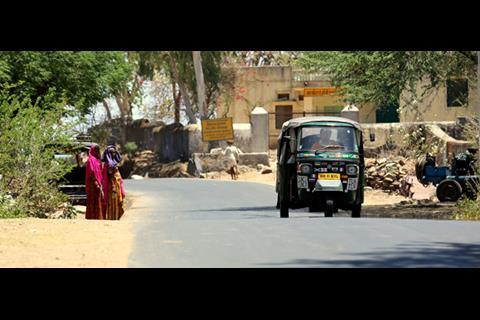 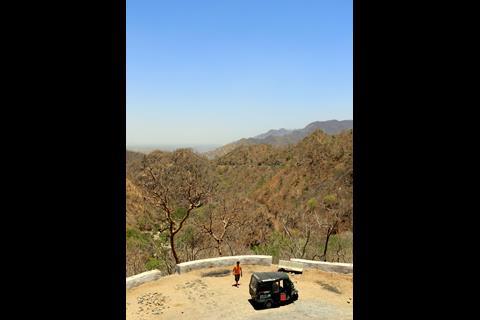 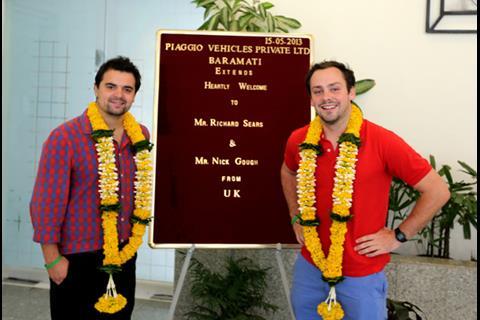 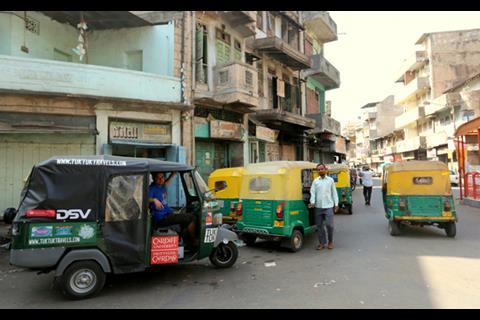 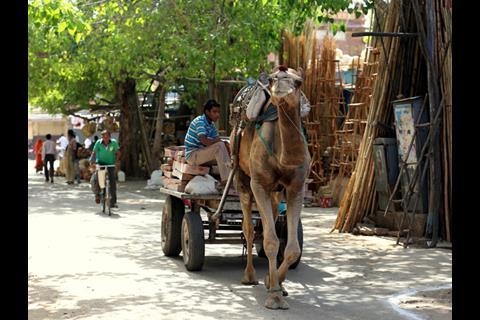 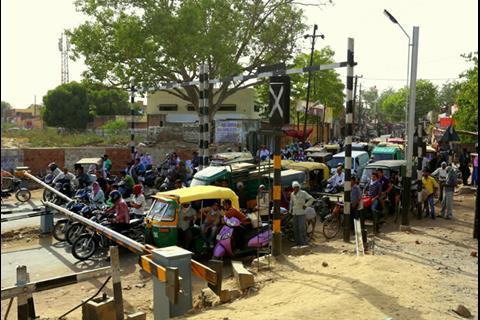 In their seventh travelogue, our tuk tuk travellers make it to India. Despite the sweltering heat and terrifying roads, they have plenty of rewarding moments. Along the way they meet Gitanjali, who has set up an education project with a difference.

On arrival in India, visitors face a vicious sensory assault – the sights, sounds, smells and tastes are wonderfully shocking, surprising, overpowering, unrelenting. Once it’s bowled you over, it’s impossible to recompose yourself – you just have to allow yourself to be swept along in the chaotic madness and savour the unique experiences encountered along the way. Arriving in the country just before monsoon season has meant we’re racing north to avoid being swept away by the rains. It also means we’re facing some of the highest temperatures of the year. The choking heat and aggressive humidity make being a passenger in the back seat of the tuk tuk feel like being blasted by a hair-dryer in the middle of a sauna. Combined with an apparent lack of road rules, or at least road rules we can decipher, every day has been a breathtaking struggle. These challenges haven’t detracted from our enjoyment of the fascinating mayhem that is India though, and have only served to heighten the rewarding moments along the way.

In Delhi we met Gitanjali, the 26 year old who has set up shop on GB road. From an outsider’s perspective, GB road looks normal, just like any other. A deeper look reveals the reality, however: the heart of the city’s booming red light district. The 77 brothels on that road are home to around 4,000 sex workers and 1,500 of their children. Most of the women here were trafficked – kidnapped or sold from as young as 12 or 13 and put to work on the road. Growing numbers are their daughters, born into the sex trade. Gitanjali makes reference to recent cases of rape that have caught the attention of the international media: “One rape leads to a lifetime of depression. These ladies get raped every day – 20 times, 30 times a day … After this trauma, their confidence is shattered – they start believing that this is their life, this is their fate and they can’t do anything about it.”

Gitanjali used to work with an NGO on GB Road promoting HIV/AIDS awareness. During her visits to various brothels she gradually built up a rapport with the women there and they asked her, “Why does everyone from the outside world only care about whether we have condoms and whether we’re getting STI checks? Why don’t they ever ask how we are or whether we want anything else in life?”

“People want to come here as customers, as clients,” Gitanjali explains. “People want to come here to make films or do research; the media want to come here for stories; the police come here to raid brothels – nobody comes here to actually ask these ladies what they want or just to spend time with them … You often hear talk of women’s empowerment, of human rights, women’s safety … but this road is working freely – everybody knows about this road, about these 4,000 women living like slaves, but nobody’s doing anything about it … Sometimes I just think, what is our society doing? These women are part of our society too.”

Gitanjali decided she had to do something. She gave up her job and Kat Katha, a non-formal education project, was formed. Gitanjali believes that education makes a human being complete. “Education can help these women become confident human beings and allow them to start believing in themselves. I have a fear of Maths, so we study together – it’s like a space for me and a space for the women of GB road.” While she came to work with the women, however, it wasn’t long before the children started to turn up too. She soon realized that Kat Katha needs to be there for them as well. Most of the children don’t go to school because of the stigma attached to being from GB road; those who do attend school arrive at Kat Katha in their uniform straight after classes finish. They study, they play – there’s enough space to play indoor cricket and run dance classes – share nutritious food and simply hang out together in a fear free environment.

“It’s impossible to imagine the situation these women and children are in,” Gitanjali explains, “but education can help them start to make sense of their own lives, can help them to see how the pieces of their puzzle fit together … I’m not trying to tell these women to stop sex work; I’m just trying to help give them a choice. Education can provide this choice.” Kat Katha is proving to be hugely popular on the road – while the day is supposed to end at 6pm, the children won’t let Gitanjali and the other volunteers leave until closer to 9pm. Gitanjali knows this is only the starting point of what will be a long, long journey: “Sometimes that makes me really scared, you know, but the team of volunteers here are fantastic and the love, energy and support we’ve received make it so much easier – that’s what gives me the confidence to carry on.”