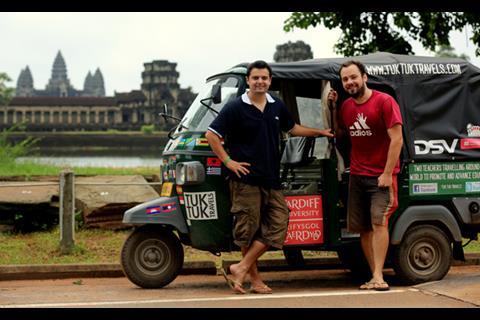 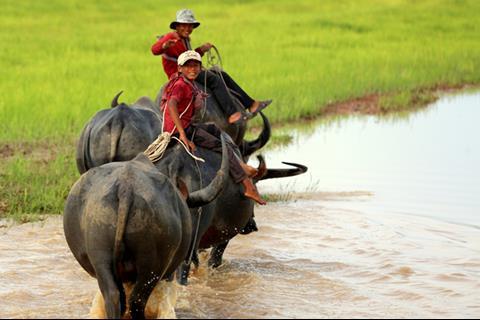 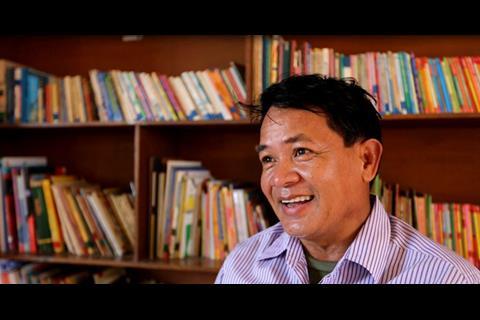 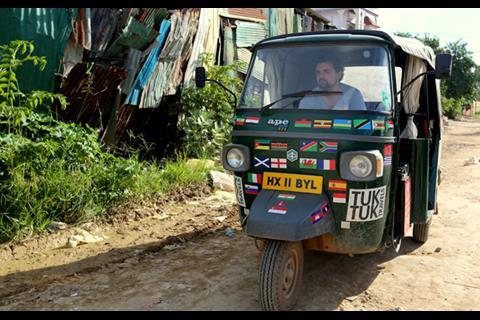 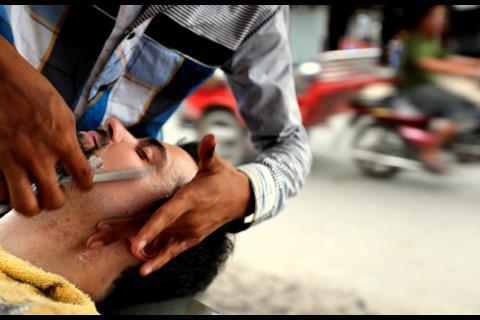 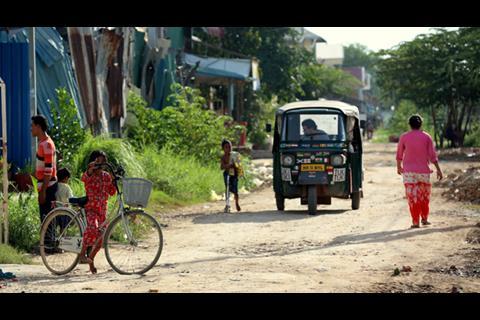 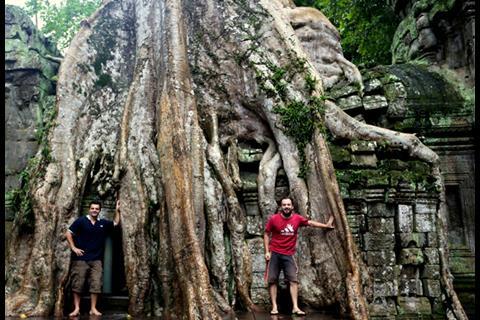 A big tree at Ta Prohm

In their tenth travelogue, Rich and Nick journey to Cambodia where they meet Sokha, a survivor of the Khmer Rouge regime and founder of the Center for Children’s Happiness, an organization offering children an education and a chance for success.

Following the majestic Mekong River down through Laos, we came to Cambodia. Exploring the Temples of Angkor, relics of a vast Khmer Empire, took us back to the 12th Century. Angkor Wat - a national symbol emblazoned on the country’s flag, printed on bank notes and inked on patriotic Khmers’ skin - is a cultural and touristic beacon. While deeply impressive, however, other gems among the complex’s myriad temples stole the show. Ta Prohm, for example, buried in the jungle, is a site where temple and nature have merged into one organic whole. Thick tree trunks and their sprawling roots give life to the ancient ruins from which they grew. Stumbling through dark galleries and clambering over natural and ancient man-made obstacles gives a childish sense of adventure, accompanying the overarching feeling of awe.

In Phnom Penh we received a more personal account of Cambodia’s recent past. Mech Sokha was only a child when civil war broke out in the country in 1970. His father fought alongside American troops against the Khmer Rouge and in 1973 he died in battle - Sokha, at just 14 years old, became a domestic worker to help support his family. On 17th April 1975, Phnom Penh finally fell to the Khmer Rouge and the country came under their control. Sokha remembers the day well: “At eight o’clock I was standing, shouting as the Khmer Rouge marched into the city. Everyone was celebrating peace and the end of the war … Two hours later though, they told everyone to leave”. Sokha vividly describes the mass exodus. His family, like many others, were ordered out of the city and into the countryside, told to leave their belongings behind. One of his sisters was sent to her husband’s village, never to be seen again. Sokha - with his other sister, brother and mother - walked for 15 days before reaching their home town, along roads lined with the bodies of those arbitrarily shot dead by Khmer Rouge soldiers.

Having reached their home province, Khmer Rouge soldiers pointed them towards a plot of land, gave them palm leaves and bamboo and ordered them to make their own shelters. “You are all new men”, they were told. “We will destroy money. We will destroy the rich. We will live together as equals.” They were given one set of clothes (without shoes) and forced to work, day in, day out - if they couldn’t work, they died. Sokha’s past life served him well - “I was used to getting up very early, to working very hard. Some others, they couldn’t do this, so they were killed.” One day, the two men he was working with were taken away, bound together along with 43 others and marched away into the jungle. 45 shots rang out. Khmer Rouge guards goaded them: “You heard the sound. Work hard or the same thing will happen to you.”

They did whatever they could to survive. “Every night I prayed, ’Please help me, I do not want to die’ - I worked harder and harder every day, always afraid of death”. Having nothing to wash with, lice crawled from their hair and skin - ash mixed with water had to serve as shampoo. They slept on tree leaves. They ate anything they could find: small mice, lizards, frogs, insects, tree roots and tree leaves. They drank water wherever they could find it, directly from the rice paddies or cattle troughs. ‘Many of us died from malaria, many died from starvation, many were killed. Every day we saw death, every day we saw killing’. Life was like that for three years, eight months and twenty days, as the Khmer Rouge’s brutal social engineering policies decimated the country.

Traditional education had largely been abolished, what remained serving simply as a Khmer Rouge propaganda tool. Those perceived to be intellectuals, including thousands of teachers - even those merely showing stereotypical signs of learning, like wearing glasses - were wiped out in an “intellectual cleansing”, eradicating so-called enemies of the state. By the time the regime fell, two million people had died as a result of forced labour, disease, starvation, torture or summary execution.

Eventually, on 1st January 1979, amidst the sounds of oncoming Vietnamese troops, Sokha and the others were forced up into the mountains by the Khmer Rouge soldiers. “We had no food up there on the mountain, not even the scraps we were living off before.” It was there where Sokha’s mother passed away and where his brother was shot dead. When aircraft began bombing the mountain, everyone scattered and fled. As they did so, a Khmer Rouge soldier shot down Sokha’s sister, his last remaining relative. “I was left alone. I just kept running.”

After the fall of the Khmer Rouge, on 20th April 1979, Sokha returned to Phnom Penh. With no family he went to an orphanage, where he lived and studied for 5 years, working hard each night to earn money to buy more books, pens and pencils. After finishing middle school, he trained for 3 years to become a nurse and secured a job in a hospital outside the capital. “I finished work in the hospital at 4 pm, then cycled back to Phnom Penh to start evening classes at 5.30 pm. The hospital was 36 km away. That’s how I got through high school. I finally finished in 1992 when I was 32 years old!”

“Do you believe in fortune tellers?”, Sokha asks us. “One day at that time I met a fortune teller and he told me to wait three months, then a man would come from far away and that man would help me and I would not be poor anymore … Well I could not believe this, so I kept working very hard, cycling 72 km a day to get to work, studying English every night - I thought education could change my life”. As it turns out, both Sokha and the fortune teller were right. “Three months later, a Japanese engineer came to the hospital and asked the director if anyone could speak English. The director knew I was studying, so suggested me and I was hired as his translator. My life was changed.”

“I was an orphan, but education changed my life”, Sokha explains. “Education is the key to making life successful, so I want to help other orphans, to give them an education and a chance for success.” In 2002, Sokha launched the Center for Children’s Happiness (CCH). “Here at CCH we focus on education - some want to go to university and we help them study very hard, some people want to work so they focus on learning skills. Everyone needs education of some kind.” CCH has established a primary school and a whole host of vocational training programmes, they teach social skills, life skills and personal development. More than that though, CCH provides shelter, food and care to those vulnerable children who go without - they are a family, CCH is their home. There are currently 93 students and 64 graduates, all of whom have secured good jobs; some work in Thailand, some in Korea, some in Phnom Penh - eight of them are working there in the management team running CCH.

What is beautiful about CCH is their atmosphere of co-learning - everyone teaches each other. From an early stage, those children who were lucky enough to get a place at CCH would use their day off on Sundays to return to their communities and teach those without access to school everything that they had learned during the week. This has become an institution - the Sunday Road Show - where story-telling, role play and creative activities are used to tackle social issues and provide a basic education to those who go without. “I’m very, very happy”, Sokha grins. “I’m getting older now, but I have the younger generation here to make CCH sustainable. CCH will be passed down from generation to generation. Education will go on to change more lives here.”