Tuk Tuk Travels: Entry 6: The end of the African road 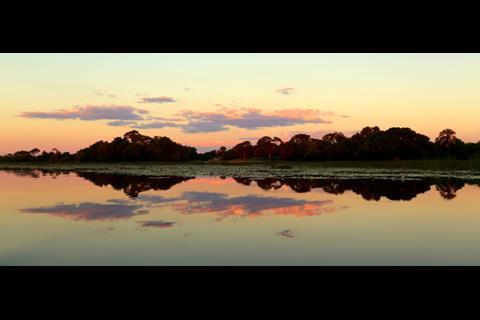 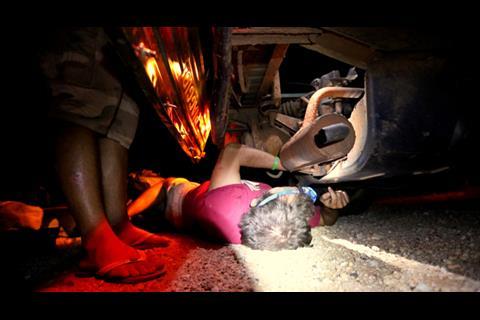 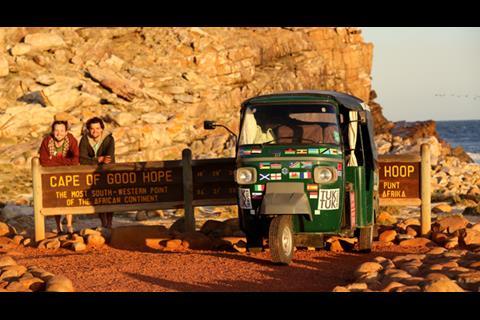 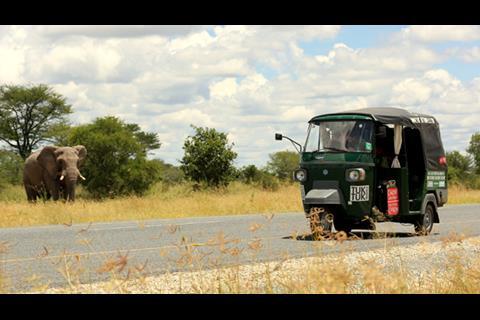 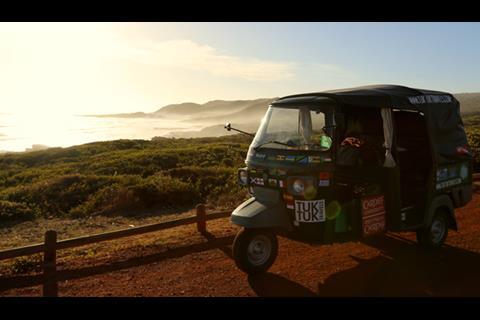 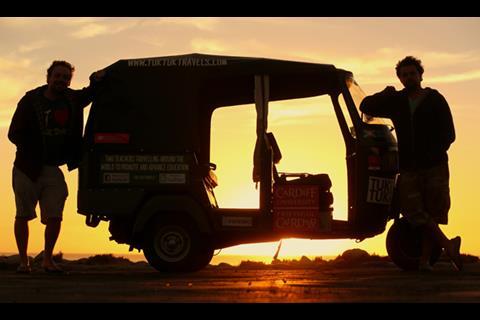 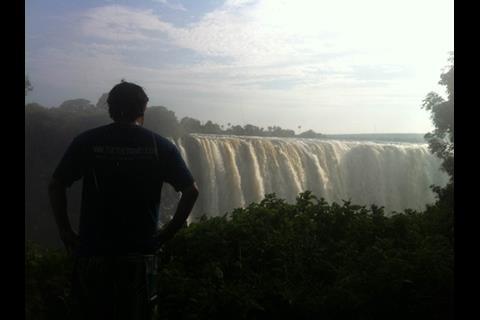 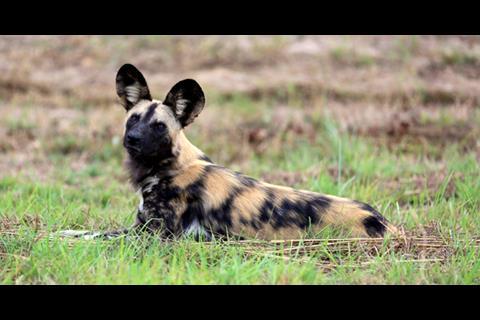 In their sixth travelogue, our Tuk Tuk wanderers reflect on their incredible journey through Africa and prepare for the next leg – India!

Southern Africa has flown by. From Malawi we crossed the scorching north western corner of Mozambique, delivering our first Skype assembly to a school back in the UK from a sweaty internet café in Tete. Continuing our sweep west through Zimbabwe, we were equally awed and drenched by the mighty Victoria Falls, whose mushroom cloud of spray and thunderous roar could be seen, heard and felt a mile away. Botswana’s arid scrub stretching out either side of us was all we saw for a few days, broken only by the imposing magic of the Okavango Delta and a couple of chance encounters with solitary elephants and packs of wild dogs. This enchanting solitude continued into Namibia, peaking in the midst of the terrific sand dunes of the Namib Desert, having finally reached the Atlantic coastline.

A snapped accelerator cable just inside the South African border was our reward for the seven months of abuse we put our poor little vehicle through; we’ll forgive him though considering his last breakdown was way back in Paris. Having bandaged him up, we enjoyed deep blue skies, rolling hills full of vineyards, table-shaped mountains and an astonishingly beautiful coastline winding down to the Cape of Good Hope – Africa’s most south westerly point and the end of this chapter in our journey. The wonderfully smooth tarmac – the kind that we’d only experienced in the wildest of Kenyan and Tanzanian dreams – combined with the hypnotic beauty of the scenery we sped past (OK, I’m using the word ‘sped’ quite liberally here … ), gave us a chance to reflect on the expedition so far.

In its bid to achieve universal primary education by 2015, in accordance with the Millennium Development Goals (global development targets set at the turn of the millennium), Africa has made outstanding progress in this area; primary net enrolment in Sub-Saharan Africa has risen from 58% in 1999 to 77% in 2010. Thirty-one million children are still out of school here though, accounting for just over half of the children in this position worldwide. We’d seen this firsthand, witnessing hundreds, maybe even thousands, of children working the fields and tending livestock in the countryside, or living rough and struggling to survive on the streets in towns and cities. Worryingly, we’d also experienced the conditions faced by many of the ‘success stories’ – those who are lucky enough to now have access to school. “How much do you think a child in a class of 150 or 200 is going to learn?” asks Ashton, a teacher in Mtwapa, Kenya. ‘There’s a difference’, Sidney, a Malawian headmaster from Nkarta Bay, explains, “between access to school and access to an education. Getting a child into school is the easy part. Giving them opportunities to truly learn, that’s the real challenge”.

Our tuk tuk travellers' adventures are the backdrop for the official video of 'Open Road' by Roo Panes. Check it out!

The inspirational personalities of those we’ve met along the way, though, have given us hope. Local people are standing up and responding to the crippling impact of poverty on education. They are examples of an indomitable developmental force; not a development thrust upon Africa from ‘without’, but a development from ‘within’. These individuals are uniquely placed to respond directly and meaningfully to the particular contexts, needs and concerns of communities – their own communities. We’ve also seen how education can be a force for forgiveness and reconciliation, fostering peace and mutual understanding in post-genocide Rwanda and in Congolese refugee camps in Burundi. Education can be a developmental solution as well as a goal in and of itself.

It has been a long and challenging road but we are looking forward with anticipation to India where the next leg of our expedition will begin.