18
Article: What is CLIL?
CLIL

Article: What is CLIL?

Despite the self-explanatory nature of the phrase 'Content and Language Integrated Learning', the true nature of CLIL still remains elusive. This introductory article (of four) briefly analyses a series of broadly-accepted definitions of CLIL as a way of highlighting its most significant characteristics. 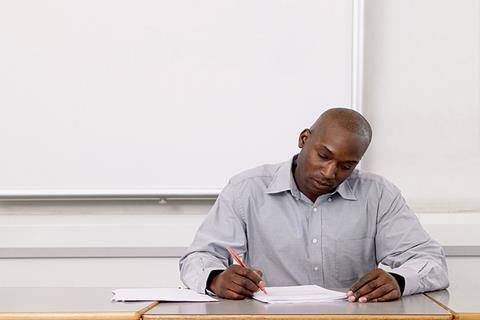 Well, that's a good question.  CLIL is an acronym, and as such it tends to attract people's attention.  If we were to ask the question 'What is subject teaching?' or 'What is language teaching?' we would probably be expecting more than four short articles in response.  But CLIL has been bold enough to encapsulate itself within an acronym, implying that it is an approach, a philosophy - an educational paradigm with frontiers that can be defined.

If you teach EMI (English as a Medium of Instruction), LAC (Language Across the Curriculum), CBI (Content-based Instruction) or CBLT (Content-based Language Teaching; if you work in Bilingual Education; if you're a subject teacher working through the medium of a foreign language, or a language teacher bringing in content into your English lesson, you work within the area of Content and Language Integrated Learning.

From Ancient Rome to the Internet

The acronym itself is a good one, because it is largely self-explanatory.  Invented back in the mid-1990's, it seems to be passing the test of time. CLIL itself has been around for a long time - and was put into practice by ancient Roman upper-middle classes, who preferred to have their children educated in Greek.  However, should you want to find definitions of modern CLIL, it is relatively easy to find them.  Just Google the title of this article, on a restricted search, and you'll find 180 sites to choose from, all of which attempt to answer your question.

From abstract to concrete

However, the problem with definitions, particularly when it comes to educational approaches, is that they tend to remain rather abstract.  In this series of articles, I attempt to make the abstract nature of CLIL-speak more concrete and comprehensible.  But before that, let's take a look at some of the most common definitions on the web.  In each definition there is a part underlined, which I think is particularly useful. Each of those underlined sections will represent a distinct but significant aspect of CLIL that needs highlighting, at least at this stage of the discussion.

1.  CLIL is a member of the Curriculum Club.

Here's the simplest of all, from the European Commission itself:

"Content and Language Integrated Learning (CLIL), in which pupils learn a subject through the medium of a foreign language……"

On this purely descriptive level, this quotation endorses CLIL as a construct - as a member of the Curricular Club.  It seems uncontroversial because we do not know to what extent or to what level pupils 'learn a subject' through the foreign language, and we are left unaware of any reasons for doing CLIL.

The next one offers a more detailed description:

This quote is useful because it highlights some of the educational intention inherent to the CLIL paradigm.  Through CLIL-type practice, one learns [subject] content whilst at the same time learning a foreign language.  What could be better than this?  The 'dual-focused' objective would seem to be implying that CLIL kills two birds with one stone.

Indeed, if we return to the European Commission's quotation, and read a little further, we encounter the following phrase:

"It [CLIL] provides exposure to the language without requiring extra time in the curriculum".

This would seem a good reason as any to promote an approach with a twin set of objectives. One of these objectives is clearly educational (to learn subject content and a foreign language) and the other is administrative.  Since educational and administrative needs often fight for space, this seems a good way to promote peace between them.  We were told in the European Council Resolution in 1995 that,

"…..all EU citizens, by the time they leave compulsory schooling, should be able to speak two languages other than the mother tongue".

Curricula attempting to achieve this aim have been getting more and more desperate in their attempts to find timetabling space.  What is the possible answer to this problem?  Why CLIL, of course.  Instead of studying Geography in the majority language, do it in a foreign language.  As long as it works, the pupils learn the same subject concepts and skills, but increase contact time with the foreign language - crucial consideration in the improvement of attainment levels.

4.  CLIL causes change - and you don't need to be a genius to benefit from it.

So far so good.  Now let's look at a different type of observation on CLIL. David Graddol wrote that CLIL is

"…an approach to bilingual education in which both curriculum content (such as science or geography) and English are taught together.  It differs from simple English-medium education in that the learner is not necessarily expected to have the English proficiency required to cope with the subject before beginning study".

This suggests that CLIL is far from the innocent creature that we read about in the first quotation from the European Commission.  Graddol suggests that a powerful element of CLIL is its role in the improvement of language skills, and that pupils do not necessarily need a particularly high level of foreign language attainment to do their 'CLIL-ing'.  Now this sounds quite radical.  Why?

Without going much further in this introductory article, we might say that the five or six phenomena described in the above bullet-points are all desirable, in educational terms.  Ensuring that students understand the content, reducing teacher-talk, increasing the focus on skills, influencing publishers to do likewise and getting students to learn language items that are always contextualised, always functionally necessary in the classroom - sound good at any level of curricular discourse.  What is CLIL?  Well already it looks as if it is something like 'good practice', and if we take Graddol at his word, it can be applied across the ability range.

Finally, another quote that extends the scope of CLIL still further;

"CLIL is about using languages to learn………..It is about installing a 'hunger to learn' in the student. It gives opportunity for him/her to think about and develop how s/he communicates in general, even in the first language".

We can see from the first part of the underlined sections that CLIL views language as a 'vehicle', not simply as an entity in itself.  This is a central component of the CLIL package.  David Graddol said something similar too in his book English Next, when he talked about the world now viewing English not so much as a language but as a core skill.  This is a crucial observation, and it lies at the heart of the educational and social change that has taken place since the development of the Internet and the parallel growth in globalisation.  As English becomes an essential add-on to any curricular programme around the world, it is moving into a position where it becomes a subject that pupils learn in order to do something else.

CLIL, with its 'dual-focused' aims, encapsulates perfectly this post-modern, utilitarian view of the English language.  Liberal educationalists may not agree with it, but for the time being it is here to stay.  In its defence, CLIL also seems to contribute to the buzz-concept of our times - namely 'motivation'.  Teachers' forums talk about it endlessly, as do the blurbs on the back of scholastic textbooks and the opening lines of ministerial declarations.  Does CLIL install a 'hunger to learn' as Marsh et al claim?  If this is true, then we need to know exactly why.  We can examine this in subsequent articles, but for now, why should CLIL motivate more than other conventional approaches?  Could it be because: