A discussion and useful techniques for learning and teaching idioms. 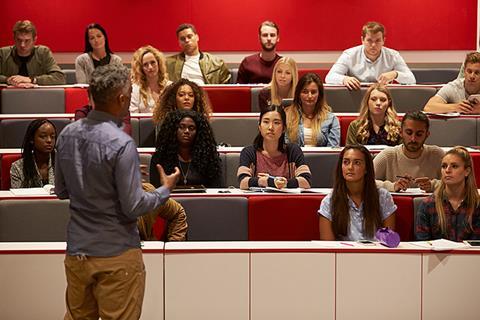 Snowed under with work? Up to your neck in debt? Mortgage like a millstone round your neck?

Or perhaps you are more fortunate. Maybe you are head over heels in love? On the crest of a wave? Laughing all the way to the bank? Perhaps the world is your oyster.

In any case, you are clearly suffering from an excess of idioms, a term defined as “an expression whose meaning is different from the meaning of the individual words”* or different from its literal meaning. Even a cursory glance at a daily newspaper in the UK will reveal the extent to which idioms are a part of everyday language.

For language teachers and learners of foreign languages, however, the question is whether it is worth paying any attention to idioms. Some would argue that nothing sounds worse than a language learner using an idiom inappropriately, either through a slightly incorrect use of the idiom (for example “head over feet in love”) or through using it in an inappropriate context (“snowed under with shopping”). Indeed, there seems little point in learning a range of idiomatic expressions and then waiting for a suitable opportunity to work them into the conversation. On the other hand, learners who have reached a reasonable level of proficiency in the foreign language often complain that there is nothing left to learn. All the major structures have been covered, they already have an extensive vocabulary and they can communicate in a variety of situations using a wide range of expressions, but they still want to study and they still want to improve.

Learning idioms would seem to be the answer. An appreciation of such expressions and a feeling for how and when they are used can certainly improve the learner’s ability to read in the target language and to understand colloquial conversation. If the study of idioms is undertaken with the aim of improving receptive skills first and foremost, this will help to avoid the kind of problems with inappropriate use outlined above. But how can the learner make sense of the plethora of idiomatic expressions that exist in everyday speech and writing? How can they even scratch the surface and approach this area of language in a systematic way?

One approach is to take certain basic key words in the target language and organise your notes selectively around them. For example, the English word head is the key word in a large number of idioms. The Macmillan English Dictionary for Advanced Learners lists (with definitions and notes on degree of formality) no fewer than 40 idioms in everyday use that contain this word. Other productive key words to look up in the dictionary for this purpose include colours, common animals, parts of the body, basic adjectives (eg long, fast) and natural phenomena (e.g. wind, sun). The advantages of using an up-to-date dictionary to refer to these terms as opposed to a practice book devoted to idioms is that there is often an attempt to be all-encompassing in such books with the result that expressions that are slightly obscure or old-fashioned are included.

Another approach is to compare idioms in the target language with idioms in the mother tongue. This can be both an interesting exercise in itself and a means of remembering idioms more effectively. To take the first example in this article, you can also be “up to your eyes in work”. In French and Italian one is submerged in it, in German suffocated in it, in Spanish either inundated in it or up to one's eyes in it and in Serbian you have it over your head. By the way, the expression It's raining cats and dogs is very old-fashioned. These days people are much more likely to say It's pouring, it's tipping it down or, most commonly, in British English at any rate, it's p*ssing down!