In his latest article, ELT pronunciation expert Adrian Underhill looks at diphthongs and how sliding and putting sounds together can benefit both your teaching and your students’ learning.

Monophthongs, diphthongs and consonants on the phonetic chart 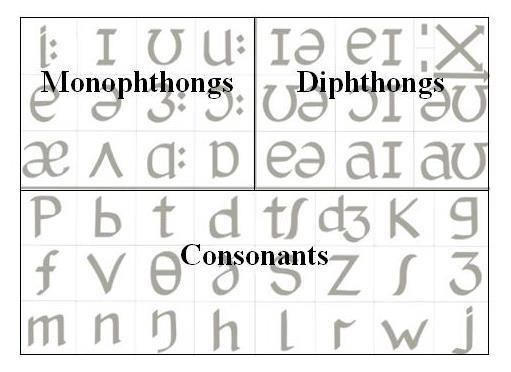 Diphthongs consist of two vowels joined together by gliding from the first vowel to the second. This combination of two sounds forms a single phoneme, which typically has a duration similar to the length of a long vowel (depending on context or speaker for example). The two vowels which make up a diphthong already exist as monophthongs (single sounds) on their own. The first sound (first element) of a diphthong tends to be more prominent than the second.

You can see from the chart the diphthongs are in the top right of the chart; they incorporate the same symbols as the monophthongs on the left. There is one exception which I’ll mention in the footnote below.

There are eight diphthongs in Standard British English:

There are three techniques for teaching diphthongs which may be new to you: ‘sliding’, ‘miming’ and ‘inner imaging’.

The learners say the first vowel /ǝ/ and slide slowly to the second vowel /ʊ/. This means attempting the diphthong in slow motion and making the in-between sounds as well. ‘Sliding’ draws attention to the two-sound nature of diphthongs, and helps leaners notice the muscular movement of tongue, lips and jaw. It gives students a way to build diphthongs from the component monophthongs, which they already know. So you don’t have to teach, but help them to build – this is fun to do.

Mime works well for diphthongs because the slide from first to second vowel involves a strong physical – and therefore visible – movement. Mime is an excellent way to help learners explore and discover for themselves what to do in their mouths; it gives physical clues which lead to experimentation, rather than you simply saying the sound aloud, which leads to copying. Mime shows lip and jaw movements, and to some extent tongue position. I also use gesture to support the mime and to highlight length and tongue position.

This requires leaners to use the inner ear, and to process the sound internally before trying to say it aloud through the muscles, which are conditioned to L1 sounds. If learners hear the new sound internally it creates a strong impression; then when they say it aloud they can hear the difference between what they say and the internal representation – and they can have another go. After a moment you can offer to say the new diphthong once again, and again they should initially remain silent while they continue to hear it internally. And this time they will listen to it slightly differently since they already know something about it. I think this is more powerful, creative and memorable than a simple straight repetition after the teacher.

A sequence for teaching diphthongs

Here is the teaching sequence I use for diphthongs. Adapt this and make your own variations:

Slide the two monophthongs together

At this stage the class have made the diphthong without hearing the teacher. They will hear me say it in a moment at step 4, but I want them to try to find it without copying me. You can use the same approach for all eight diphthongs.

Mime the vowel, for example /ǝʊ/, making it slightly slower and making the movements clear but not exaggerated. Do the same with a few others diphthongs. Have the students try it both silently and aloud. Now invite a student to the chart to point at the diphthong that you are miming. See if the class agrees. Do the same for other diphthongs. Play with this until the class gets the hang of being able to ‘lip read’ diphthongs.

Every attempt is of interest. We are inviting exploration, rather than immediate correctness. Gradually you identify and select the intended diphthong, and keep pointing it out on the chart.

You can watch these four steps demonstrated and explained in three videos, each about three minutes long:

Diphthongs are to be enjoyed! They are much easier than many people think, because they are visible and physical and have the characteristic slide between two vowel sounds.

The symbol /aʊ/ (as in town) is composed of /a/ and /ʊ/ but /a/ does not appear as a separate monophthong on the left of the chart. So I use /ʌ/ as the starting point for the glide /aʊ/. I make the diphthong like this: /ʌʊ/. It functions just the same.

Phoneticians (not me!) designing the International Phonetic Alphabet chose the symbol /a/ as the starting point for /aɪ/ high, and /aʊ/ how. In my view, the difference between /a/ and /ʌ/ is phonetic, and not phonemic, and therefore of interest to language scientists not to language learners and teachers.