By Simon Mumford and Steve Darn

Simon Mumford and Steve Darn discuss student speaking errors and offer practical advice and suggestions on how and when to correct learners without damaging their confidence. 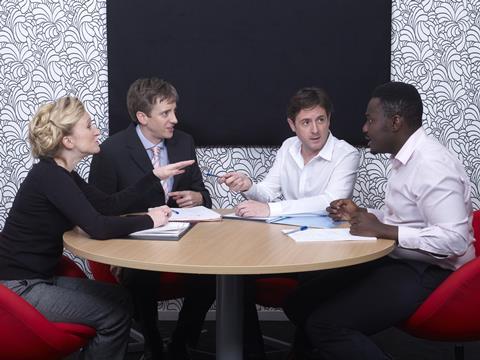 I want to know: what's the best way to correct students when they make a mistake, especially when they are speaking?

Everyone makes mistakes, even speakers using their own language when they are hurried, ‘lost for words’, or forced into inappropriate language by a difficult or unusual situation. It is hardly surprising, then, that language learners make mistakes, given the difficulty of the task of comprehending, processing the content of the message and knowledge of the target language, and coming out with a response that is both grammatically correct and appropriate to the situation.

It is generally agreed that correction is part of the teaching/learning process, but that over-correction and poor correction techniques can be demotivating for the learner and may lead to a reluctance to try out new language or even to speak at all. Teachers need to make informed decisions about what, when and how to correct in order to help learners improve their speaking skills without damaging their confidence.

Thinking about mistakes and errors in the language learning process

The following are all important points to consider about learner mistakes and when and why they should be corrected.

Errors are produced as a result of the lack or misinterpretation of knowledge, which, in turn, may be a product of the learner’s stage of language development or of inadequate teaching or learning. Errors cannot be corrected and need to be dealt with by teaching or reteaching. Errors are often noticed in less-guided practice activities when the same error is made by a number of learners, leading the teacher to realize that something has gone wrong in earlier stages of the teaching/learning process. Mistakes, on the other hand, are products of the learner’s efforts to produce language despite prior knowledge. These may be due to a variety of factors including over-enthusiasm, over-generalization of rules and interference from the mother tongue. Once the cause has been established, mistakes can be dealt with by a number of correction techniques.

Mistakes are usually corrected immediately when the aim of the stage of the lesson is to promote accuracy, particularly during the drilling of the target language and during guided practice. Attention to mistakes in these stages improves the chances of correct use of language later, while mistakes made during less-guided practice often indicate that the teacher has not dealt effectively with mistakes at the accuracy stage. When the aim is fluency, however, less intrusive, ‘gentle’ or delayed correction techniques are required in order not to damage either the flow of the activity or the confidence of the learners.

In the process of acquiring the language, a learner may acquire forms of language that are in between their first language and their target language. This is their ‘interlanguage’ and is a product of incorrect application of rules, incomplete knowledge and comparison between two (or more) languages. Interlanguage may seem completely logical and correct in the mind of the learner and may also be a part of a natural learning process where rules get more refined as more input is received. This leads to the theory that mistakes are a healthy part of language learning and should not be dealt with too severely. However, if learners are not corrected, mistakes in their interlanguage may ‘fossilise’ and become permanent.

Oddly, ‘good’ learners often make more mistakes than others. This tends to be because they have more confidence, produce more language and are highly motivated to speak. Good learners are also ‘hypothesis testers’, in that that they can formulate and try out rules of their own, and ‘risk takers’, in that they are prepared to ‘have a go’. These learners need to be encouraged and are often capable of self-correction.

Teachers need to consider the above, get to know their learners and their learning backgrounds, develop an attitude to correction and be equipped with a variety of correction techniques which are appropriate to a variety of learner types and learning situations. Bearing this in mind, here are some activities that teachers might like to try in their classrooms.

Some teachers use prompts for correction while speaking. Some well-known examples are:

To these we would like to add some more prompts, using sounds, gestures and puns:

You could invent your own symbols. While students need to learn them, which may take time, it brings humour into the sometimes serious task of correction and avoids the need for words. Once the students have learnt the symbols, there is also potential for peer correction.

Draw a table on the board. While students are talking, point to the type of mistake, giving students a chance to self-correct. You could ask for volunteers to speak, e.g. a pair. Afterwards students could try it in groups, with two speaking and one listening and pointing. A table could look like this:

Choose a confident student who will not mind having mistakes corrected. Explain that you are going to correct him as he speaks and that the purpose behind this is not to humiliate but to help. The student should speak, e.g. tell a story about himself. You repeat each sentence. If there are mistakes, you repeat the sentence correctly and the rest of the class does the same after you. The rationale is: 1) students get to hear how they should sound, 2) the rest of the class is involved, and they listen to the original and the teacher’s improvement; and 3) by using intonation to show interest, approval, disapproval and surprise in a light-hearted way, which can be echoed by the class, you focus on meaning as well as form. Example:

Put students in groups for conversation. Choose one student to shadow you while you walk around, monitoring. When you hear a mistake, correct it and replace the student who made it with your shadow, so that you have new shadow. Continue until you have had a number of different shadows. Shadows can help you listen for mistakes, too. The aims are to give the students a teacher’s view of the class and to make students aware of mistakes. Also it should show that it's not only weak students who make mistakes. As we noted in the introduction, ‘good’ students who speak more and try to use more complex language make mistakes, so stress that being a shadow is not a punishment.

Ask for a pair of volunteers to speak on a certain subject. While they speak, draw a line on a graph which represents the students’ level of speaking quality. When mistakes are made the line goes down. When the students are speaking well, it goes up. Make a note of the positive things as well as the mistakes. Here’s an example of a feedback commentary:

After a slow start, this conversation picks up. The teacher notes the correct use of ‘used to’. However, a tense mistake is made. This is followed by a minor mistake, a missing preposition. Then there is a fluent stage with both students speaking well. Unfortunately, one student uses a wrong word. However, contractions are well used. A mispronunciation towards the end is the only slight problem in the last stages.

To give students encouragement, note that most of the time they are above the line of clear communication, only a couple of mistakes cause confusion for the listener, while other mistakes do not interfere with comprehension. Of course, not every mistake needs to be noted; in fact, as the purpose is to encourage, over-correction would be counter-productive. Note: if writing on the board distracts students, do it on paper and transfer to the board when they have finished.

Part 3: Students look at their own mistakes

Getting students to focus on each other’s mistakes can be useful, if done tactfully and the reasons explained (it is sometimes easier to see other people’s mistakes other than your own). While two students speak, a third makes notes of anything that he or she thinks may be wrong. Afterwards the three students can discuss it.

Instead of speaking to each other, students quickly pass pieces of paper back and forward with a written conversation in groups, a bit like chatting on the Internet. This has the advantage of being similar to spoken conversation, but leaving a written record that can be analyzed by students themselves.

Written correction exercises can raise awareness of errors made in speaking and can be chosen to reflect students’ common mistakes.

Write six or so sentences on the board, some of which should contain mistakes. Students locate the mistakes as follows:

To help students remember not to make mistakes, write sentences which both give and break the rules. Try getting students to correct these examples:

In the introduction we noted that while correction was necessary to prevent fossilization, over-correction could be demotivating. This means that teachers need to be selective in correction. Some students may notice that some mistakes are not being corrected. Here’s an activity you can use to explain this.

Record students’ mistakes and write them on the board, which you divide into two. Write on the right side if they are serious, i.e. interfere with communication, and on the left side if they are not. Ask students to help you decide. When finished, tell students that ‘to turn a blind eye’ means to ignore something wrong, and this is usually done where to do something would be worse than to do nothing. The original expression is reputed to come from Admiral Nelson, who ignored a signal to retreat, by ‘looking’ at it with his blind eye, and then won the battle. Like battles, speaking a foreign language is a risky business, and in the interests of encouragement, mistakes are sometimes overlooked. Ask your students to cover their left eyes and concentrate on the mistakes on the right.

Simon Mumford teaches at the University of Economics, Izmir Turkey. He also is an oral examiner, trainer and workshop organizer for the British Council in Izmir. He is especially interested in the application of creative thinking to classroom activity design.

Steve Darn has lived and taught in Turkey for over 20 years, and is currently a teacher and trainer in the School of Foreign Languages at Izmir University of Economics. He also trains teachers and trainers for the British Council in Turkey and is a tutor and assessor for Cambridge ESOL Teaching Awards. He is a regular contributor to a number of ELT magazines.