This article discusses the challenges and benefits of using pair and group work in monolingual classes. 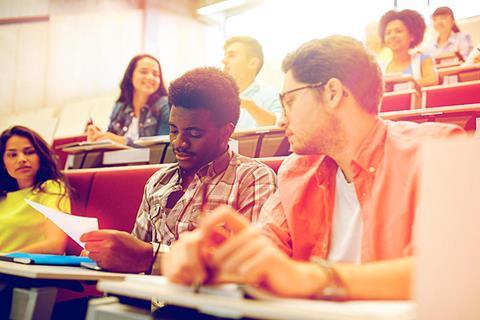 The modern English language teacher is spoilt for choice when it comes to selecting material for use in class. There are hundreds of excellent coursebooks on the market and a wealth of supplementary material. Many of these books will include interesting and motivating exercises and activities based on communicative principles. There is little doubt that activities such as information-gap, questionnaires, interviewing, mingling and so on will work well in the multilingual classroom, where learners from diverse backgrounds are required to use English as the only means of communication. Such activities have become commonplace in classrooms in the English-speaking environment and they are widely used to good effect to promote fluency and to give contextualised practise of grammatical structures, functional exponents and items of vocabulary.

However, ESL classes in English-speaking countries represent just a small percentage of the total amount of English language teaching going on in the world at a given moment. Most classes are monolingual and monocultural, i.e., EFL, and this has a considerable effect on the use of pair and group activities.

Why can group work be a challenge in monolingual classes?

Firstly, and most obviously, the lack of a need to communicate in English means that any communication between learners in that language will seem artificial and arguably even unnecessary. Secondly, the fact that all the learners in the class share a common culture (and are often all from the same age group) will mean that there will often be a lack of curiosity about what other class members do or think, thus making questionnaire-based activities superfluous. Thirdly, there is the paradox that the more interesting and motivating the activity is (and particularly if it involves a competitive element of some sort), the more likely the learners are to use their mother tongue in order to complete the task successfully or to finish first. Finally, the very fact that more effort is involved to communicate in a foreign language when the same task may be performed with much less effort in the mother tongue will also tend to ensure that very little English is used.

Is group work worth the effort?

Taken as a whole, these factors will probably convince many teachers that it is simply not worth bothering with pair and group work in monolingual classes. This, however, would be to exclude from one’s teaching a whole range of potentially motivating and useful activities and to deny learners the opportunity to communicate in English in class time with anyone but the teacher.

Simple mathematics will tell use that in a one-hour lesson with 20 learners, each learner will speak for just 90 seconds if the teacher speaks for half the lesson. In order to encourage learners in a monolingual class to participate in pair and group work, it might be worth asking them whether they regard speaking for just three per cent of the lesson to be good value and point out that they can increase that percentage substantially if they try to use English in group activities.

At first, learners may find it strange to use English when communicating with their peers but this is, first and foremost, a question of habit and it is a gradual process. For the teacher to insist that English is used may well be counter-productive and may provoke active resistance. If the task is in English, on the other hand, and learners have to communicate with each other about the task, some English will inevitably be used. It may be very little at first but, as with any habit, it should increase noticeably as time goes by. Indeed, it is not unusual to hear more motivated learners in a monolingual situation communicating with each other in English outside the classroom.

If the benefits of using English to perform purposeful communicative tasks are clearly explained to the class and if the teacher is not excessively authoritarian in insisting that English must be used, a modest and increasing success rate can be achieved. It is far too much to expect that all learners will immediately begin using English to communicate with their peers all the time. But, if at least some of the class use English some of the time, that should be regarded as a significant step on the road to promoting greater use of English in pair and group work in the monolingual classroom.