5
Classroom management: The role of correction in English teaching
Methodology: Tips for Teachers

Classroom management: The role of correction in English teaching

By Lindsay Clandfield and Duncan Foord 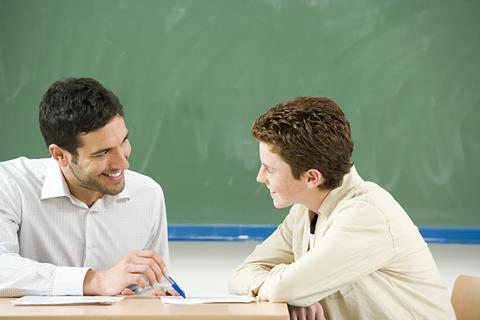 When it comes to oral work, should learners be corrected immediately or later?

A lot of time and effort is spent on training courses and beyond in encouraging teachers to consider this question. There are a variety of good methods and techniques suggested for correcting learners’ errors immediately (see references below).

However, our aim here is to consider what benefits correction of any kind might have for learners, as well as to present some ideas for conducting later correction, also known as ‘correction slots’. A sample lesson plan with two of the suggested ideas incorporated into it is also included at the end of this article.

Look at these statements about the correction of students’ oral work. What do you think?

Research into Second Language Acquisition has suggested that it may be that some language forms can be acquired more quickly through being given special attention while others may be acquired in the learners’ own time, regardless of teacher attention. This helps explain, for example, why intermediate learners usually omit third person –s just like beginners, but often form questions with do correctly, unlike beginners.

Learners need to have the opportunity to repeat the communication scenario in which they made the error, if they are to have any chance of integrating the correct form into their English. Whether the error was teacher-corrected, peer-corrected or self-corrected in the first place is of relatively minor importance.

Accurate but minimal contributions in speaking activities are unlikely to benefit learning as much as inaccurate but extended participation. Learners can be hampered by their own inhibitions and attitudes to accuracy and errors, the teacher’s attitude and behaviour (conscious of unconscious) to accuracy and errors, or the restricted nature of the activities proposed by the teacher.

When giving feedback to learners on their performance in speaking English, the emphasis for the teacher should be to discover what learners didn’t say and help them say that, rather than pick the bones out of what they did say. This requires the use of activities which stretch learners appropriately and the teacher listening to what learners aren’t saying. That is difficult.

Here is a sample correction slot pro-forma which has been filled in with some notes that a teacher took during a fluency activity for a pre-intermediate class of Spanish students:

The first two columns (‘Grammar/vocab’ and ‘Pronunciation’) are pretty self-evident and are what teachers look out for as ‘mistakes’ in most cases.

The third column (‘L1’), means the words that students used in their own language during the exercise. In a fluency-based activity, if a student can’t find the right word in English, they should say it in their own language so as not to impede the flow. An attentive teacher (who also knows their students’ L1) will make a quick note of it and bring it up later, eliciting the translation from the class. If a multi-lingual class is being taught, this column can still be used; the teacher doesn’t need to know the translations as they can prompt the learners to come up with those.

The ‘#’ column reminds teachers to include successful language in the feedback. Too often in correction slots the emphasis is on what went wrong. Here, the teacher can write down examples of good things that happened. This is especially good if the teacher notices that the students are using a recently taught structure or lexical item, or if they have pronounced something correctly that they previously had trouble with.

Once completed, the form can be copied and handed out to groups of students to save writing on the board. Or it can be simply used to help the teacher note down language in an organised way.

Separate sheets can be filled out for each group of students as the teacher listens, or even for each individual student (this would obviously work best with very small classes!). They can be passed around, corrected by students individually or with others, whichever is appropriate.

The advantage of using a set form is that an on-going record of mistakes is kept which can be stored and exploited for revision lessons, tests or as a filler at the end of a class.

How to conduct a correction slot

Here are some ideas on how to vary correction and make it more effective and memorable for learners.

Write learners’ errors on the board and get learners to correct them. Then ask learners to rehash or summarise the communication using these corrections as prompts. This can be done together as a class or in pairs. This activity helps learners to reinforce corrected language (vocabulary, grammar, pronunciation).

This is a correction slot done in the middle of a communication activity. As with rehashing, the advantage is that students actually have a chance to put feedback on their performance immediately into practice. It works particularly well with communication activities that have a rotating element and natural breaks, such as the job interview where a candidate has several interviews, or giving advice where the student seeks advice on a problem from several other students (see sample lesson plan below). It can work just as well as a blatant interruption, however. The teacher can stop a discussion activity, conduct a correction slot and then allow students to continue the discussion. An important advantage of this activity is that the lesson isn’t ended on a ‘downer’ (accuracy work) but on communication, focusing on what students said and found out in the activity.

The teacher writes some correct and incorrect sentences that they have heard in the speaking activity and deletes a word or words from each one. The students have to fill in the gaps. This works particularly well with prepositions.

Headings are written on the board relating to lexical areas from the communication activity. If students have been comparing two cities, for example, the headings could be ‘adjectives to describe a city’, ‘city facilities’, and ‘climate’. Learners make lists under each heading of words and expressions they used and heard during this activity. Students then add three items to each list, using a bilingual dictionary or the teacher as a resource. The teacher monitors and conducts collective feedback as necessary. The idea here is that not only do learners get their English ‘polished’ but also extended.

5. Getting learners more involved in correcting each other

Students can take on the teachers’ role and be responsible for listening and noting down mistakes. They can use a pro-forma such as the one included with this article. This can be especially useful when there is an odd number for pairwork or role-play activity. Feedback can be done firstly in small groups, where the student gives feedback to the peers they have been listening too, and then as a whole class to deal with unresolved difficulties.

Instead of having a correction slot, the teacher simply uses the errors they have noted down as the basis of language work in future classes.

The following lesson plan incorporates two of the above types of correction slots: the 'correction sandwich' and the 'grammar gap-fill'.

Communicative aim: For students to listen to and give advice

Linguistic aims: To clarify formulas for giving advice: you should…, why don’t you …?, you could…, have you tried …?, If I were you …; to learn/revise vocabulary that arises from describing problems; to practise sentence stress.

Bartram and Walton, Correction (LTP): Gives an overview of the issues and implications of correcting learners and lots of useful ideas, techniques and diagrams.