Here are four games from Jim Scrivener based around the theme of finding out who someone is or who did something. Great for five-minute fillers, or end-of-term lessons! 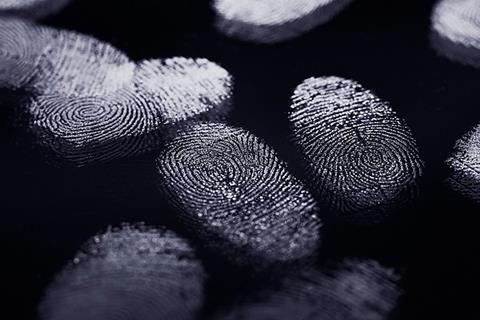 Whose stuff?
Ask five volunteer 'detectives' to leave the room. Invite one willing student to come and place five things from their pocket or bag on the table at the front (the more distinctive and personal the items, the better – but avoid obvious things like a well known make of phone!) and then sit down again. The five detectives must come back and look at the things. Each 'detective' then makes one best guess at who they think the items belong to. If no-one gets it first time round, they can each ask any student in the room a yes/no question and then make a further guess.

Doctor Who?
Prepare three sets of cards – one with job titles (e.g. doctor, astronaut, etc.) one with famous people’s names (e.g. Tom Cruise, Father Christmas, etc.), and one with famous locations (e.g. on Copacabana beach in Rio, on the Great Wall of China, etc.). In class, distribute one of each type of card to each student, emphasizing that they must keep them secret. Explain that in the game each student will be the famous person (on the first card) who has now started doing a new job (on the second card) in a new location (on the third card). Give students a few minutes to think of reasons why they changed job to this new job and what exactly they are doing in that unlikely location. Make pairs: A is an interviewer who comes along and speaks to the person. A must ask clever questions to try and find out who B is, what job B is doing, and where B is. B can give quite long answers with helpful hints.

Who moved?
Ask everyone to sit in a seat they don’t normally use. Get two volunteers up front – A and B. A looks at the room and then leaves. B now tells two students to change places and change an aspect of their appearance (e.g. put on a scarf). B comes back in. If B can identify both students who moved and what has changed she wins – if not, A wins. The winner stays up front and tries against a new challenger.

Who are you?
Write down the name of everyone in the class on separate cards. Distribute one to each student, emphasizing that they must keep them secret. Make groups of three or four. In their groups, students should chat about the subjects you write on the board – but (and make sure they are 100% clear about this rule) they should always answer not as themselves but as the person whose name is on the card. If they don’t know a true answer for that person, they should invent a likely answer based on what they know of them. Set the rule: “No guessing about who you think people are during the game”. At the end, everyone in the group says who they think each person is, and gives reasons, before the truth is finally revealed.