Prepositions of time and place - tips and activities

Teaching tips and suggestions for teaching the prepositions of time and place, at, on and in. 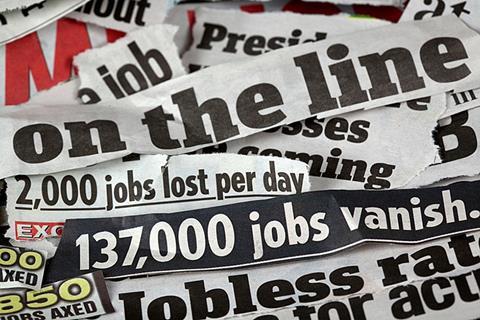 Prepositions are probably one of the trickiest areas of English grammar, and yet there is little systematic study of prepositions in major coursebooks. This could be due to three reasons:

Whether or not any (or all) of the above is true, it is probably worth the teacher’s time to draw student’s attention to prepositions in English and help students unlock the secrets of this area.

Corpus data is a collection of written and spoken language stored on a computer and used for language research. Dictionary and coursebook writers use corpus data to help write material. Linguists use corpus data to find out more about how people use English. However, this data, in its raw form, is difficult for teachers to access and make use of in their classes. David Willis, and more recently Scott Thornbury, have been advocating that students create their own corpus data from texts that they have encountered in their coursebooks.

Prepositions seem like an ideal area to start when students are making their own corpus. Here are six examples of in taken from different texts in an intermediate coursebook:

“This is the place for trainers, and not precisely the trainers you run in.”
“Several markets all in the same place.”
“Use of colour yellow in newspapers was an amazing innovation.”
“Many people knew the X-men from a popular cartoon series in the 1990s.”
“Hugh Jackman is brilliant in the role of Wolverine.”
“The most important effects will be in the field of medicine.”

Once students have collected several examples of the preposition in context from texts they have encountered, you can begin to analyse the segments and look for patterns. The above examples of in all describe things in relation to other things that surround them (run in trainers, in the same place, in newspapers, in the 1990s, in the role, in the field). Students should be encouraged to start a page in their notebooks where they can record examples of prepositions in this way.

Because prepositions are so overwhelmingly common, they can be found in almost any text. This often means that a well-intentioned teacher will take a text and eliminate all the prepositions, making a gap fill for students to complete. While this is not a bad exercise, its usefulness is limited if there is no effective follow-up. The danger is that the students aren’t able to correctly complete the gaps, the teacher has no satisfactory answer as to why they made mistakes and everyone is left agreeing that prepositions are very difficult.

A more measured approach would be to delete only one preposition (for example, all the instances of in or on) and explain that the gaps only need to be filled by the same word. Then concentrate on that preposition and the words that surround it.

A more difficult exercise type has also been suggested by Thornbury, in which you prepare a text and remove all the examples of the keyword you want to focus on. Students then try to put the missing word back into the text where it belongs. Here is an example:

The word at is missing from this text 7 times. Can you put it in the correct places?

Many of the examples in this text refer to the uses of at that were mentioned above, as well as two expressions (playing at and at his suggestion).

Activity: Illustrating in, on, at with gestures and simple diagrams

If you haven’t done so already, one logical way of explaining at, in, on is through gestures or pictures.

Having students draw pictures and dictate them to each other to copy will inevitably bring up prepositions. Often prepositions of space like next to, under, and above will also come up. Here is one way of doing a picture dictation, which reviews furniture vocabulary:

A great way to practise prepositions of space is to use actual blocks for students to use. Cuisinaire rods or Lego blocks are perfect for this. There are several ways of exploiting them. The following is a way that I used them with a secondary class in Mexico.

You can follow this up by asking them to make their own structures and explain to their partner how to make them.

You can help students remember prepositions by asking them to personalise them. Here are some activities to personalise in, at and on for time and space.

Activity: When did it happen?

Give students a copy of the following skeleton text:

Ask them to complete the text, then read it to a partner. Can their partner guess what the event was? You can do the same text but change the title to read A frightening event/My happiest moment/My worst moment, etc.

Bring in a map of the city or town where you teach. Ask students to tell you where the best place to live in the city is. As students begin to tell you, elicit the following prepositional phrases: on … street, in the centre, in … neighbourhood, at the end of … street. Do the same activity with the following questions:

The following questionnaire is for business students to practise the prepositions in, on, at for time. It can be easily adapted for general English.

Answer the questions. Write a time, day, month or year. Use the correct preposition.