4
Prepositions of time and place - article
Support for teaching grammar

Prepositions of time and place - article

An article on approaches to teaching the prepositions of time and place, at, in and on. 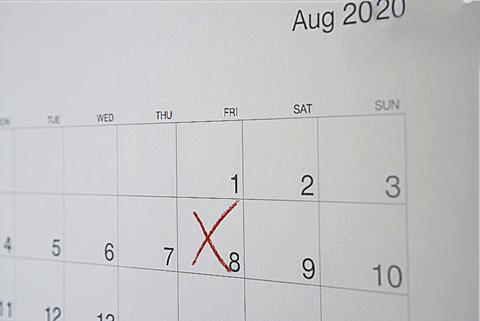 Many learners and even some teachers view the usage and meaning of prepositions as a secret that can’t be unlocked. However, if we examine the syntactic environments of such key prepositions systematically, patterns of usage and core meaning concepts emerge which can aid explanation and learning.

The prepositions at, in and on are often used in English to talk about places (positions) and times. Sometimes the choice of one over another in a particular phrase or sentence seems arbitrary. However, if we analyse patterns of occurrence we can identify key concepts in meaning and usage which consistently apply and can be used as a platform for learning.

The preposition at is used in the following descriptions of time:

With specific times of day, or mealtimes

In certain fixed expressions which refer to specific points in time

*Note that in American English, on the weekend is the correct form.

The preposition in is used in the following descriptions of time:

With months, years, seasons, and longer periods of time

With periods of time during the day

To describe the amount of time needed to do something

To indicate when something will happen in the future:

The preposition on is used in the following descriptions of time:

Note that in spoken English, on is often omitted in this context, e.g. I’ll see you Friday.

If we examine these different aspects of usage for the three prepositions, a general pattern emerges. At is generally used in reference to specific times on the clock or points of time in the day. In generally refers to longer periods of time, several hours or more. On is used with dates and named days of the week.

The preposition at is used in the following descriptions of place/position:

With specific places/points in space

With public places and shops

The preposition on is used in the following descriptions of place/position:

With surfaces, or things that can be thought of as surfaces

With roads/streets, or other things that can be thought of as a line, e.g. rivers

The preposition in is used in the following descriptions of place/position:

With cities, towns and larger areas

With liquids and other substances, to show what they contain

We arrived in Inverness two hours ago.

We arrived at the campsite two hours ago.

However, if we think of a city or larger place as a specific point in space, we can use at, e.g.

The train stops at Birmingham and Bristol.

Or if we think of a smaller place as three-dimensional, we can use in, e.g.

We’ve lived in this little village for many years.

A systematic analysis of the occurrence of the prepositions at, in and on in their core usage as indicators of time and place, helps us establish some key meaning concepts which will aid us in identifying and explaining their extended meanings:

at – is a mechanism for denoting the specific, it usually refers to fixed points in time (e.g. clock times) and specific points in space.

on – is a mechanism which usually describes something in relation to a second, often linear dimension, hence it relates to the calendar (days and dates) and surfaces or lines.

in – is a mechanism for describing something in relation to the things that surround it in time or space, hence it relates to periods of time and three-dimensional spaces or containers.

Extended meaning of at

At is used for showing specific temperatures, prices and speeds:

He denied driving at 110 miles per hour.

And more generally to talk about the level or rate of something:

Interest rates have stayed at this level for several months.

The loan repayments are going up at an alarming rate.

At is used to show when someone is a particular age:

He began composing at the age of 5.

She chose not to retire at 65.

At is used to show that an activity is directed specifically towards someone or something:

He’s always shouting at the children.

Jamie threw the ball at the wall.

At is used to show the specific cause of a feeling or reaction:

Audiences still laugh at her jokes.

We were rather surprised at the news.

Extended meanings of on

On is used to show movement in the direction of a surface:

We could hear the rain falling on the roof.

I dropped my bags on the floor.

On is used to show when the surface of something accidentally hits or touches a part of the body:

I cut my finger on a sharp knife.

She banged her head on the cupboard door.

On is used to show that a part of someone’s body is supporting their weight:

She was balancing on one leg.

He was on his hands and knees under the table.

On is used to show that something is included in a list:

How many items are on the agenda?

Extended meanings of in

In is used to show movement towards the inside of a container, place or area:

She put the letter back in her briefcase.

The farmer fired a few shots in the air.

In is used to show when something is part of something else:

I’ve found one or two spelling mistakes in your essay.

Who’s the little girl in the photograph?

There are several valuable paintings in the collection.

In is used to show that someone is wearing something:

Do you know that girl in the black dress?

A man in a brown suit was walking towards her.

In is used to show how things are arranged, expressed or written:

We gathered round in a circle.

Their names are given in alphabetical order.

Complete the form in block capitals.

She spoke to me in Spanish.