In her fifth diary entry, Willow Vanderbosch talks about how she was affected by the great tsunami of 2004. 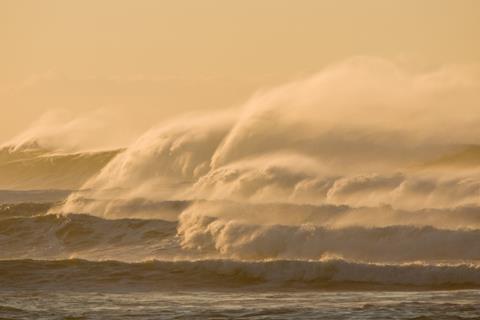 December 26, 2004 found me in Indonesia. I was on holiday visiting a former student in Bintan. Christmas night was fabulous and long and in a sleepless daze we were enjoying a lazy day. We were getting henna tattoos when one of us received a text message that my resort was flooded knee deep. 'Why? Is it raining?' We didn’t understand. An hour later I got a panicked phone call from a co-worker. She was the only one with my contact number and her best mate Joe was traveling with me. The conversation went like this:

I was baffled by the torrent of emotion from her. She explained that there had been a large earthquake in Indonesia that morning and it had affected all sorts of countries in the Indian Ocean. I still wasn’t clear how. Flooding, jetty gone, reception gone…it wasn’t very clear.

I arrived back home a couple of days ago. Apparently there had been a rumor that I was doing a beach vacation in Sri Lanka. All of my students were ecstatic to see me. In a culture that doesn’t normally allow for a lot of touching, everyone wanted to touch me, shake my hand, give me a hug, pat me on the back in welcome. I saw that it was an affirmation of life. Everyone after a disaster like this feels the need to touch their loved ones and friends, if only to convince themselves that they are really ok.

Although my islands and most of the resorts are back in perfect running order, the tourists have left Maldives. Those of the workers who suffered heavy losses in the tsunami were sent on paid leave to go to and rebuild with their families. I found that my resort, although suffering tremendous loss of income in the highest season, has done and is doing so much to help the people of this country rebuild. The owner of my company would like to adopt an island, to entirely rebuild it. In a few days more than a dozen of our skilled workers and engineers will be heading to the disaster areas to begin.

My classes are considerably smaller right now. The first days of classes are being spent reliving the 26th. The ex-pats have been doing considerably better than the locals. Ex-pats take everything in their stride. The locals were shaken to the core. Almost all are still suffering from nightmares. When your entire country is no higher than 1 meter above sea level and one day the ocean defies the natural order of the tides and simply rises, swallowing everything under a meter of water, it’s scary. Especially so when the world is talking about global warming and scientists the world over say that your country won’t exist in 30-40 years.

For me and my students, we’re trying to pick up the pieces and figure out how to do business as usual. It’s going to take some time. The psychological effects of disasters often outlive the physical scars.

Please keep us and all of those affected in your thoughts and prayers.