In her fourth entry, Laura McGinnis speaks about the common problem of teacher sickness 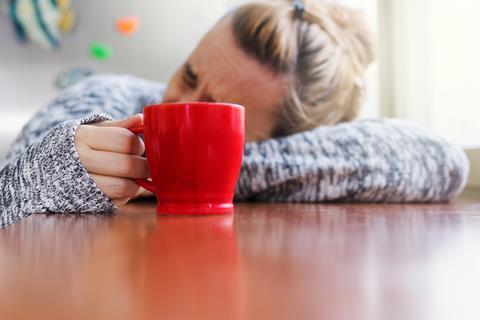 On Friday I awoke with the kind of cough I’d once heard a doctor describe, rather euphemistically, as 'productive'. It’s a pleasant word, productive, calling to mind industrious little ants, or a Stalinesque five-year plan, and kind of glosses over the detail that all this 'productivity' is making inhalation a rather tricky process. I decided to skip my weekly Czech lesson, hoping that an extra hour of sleep would effect some kind of medical miracle, but it was no use.

I left my only class, a 2.30 – 4.00 CPE preparation course, with a stream of nasty collocations running through my head: ragged breathing, high fever, no insurance. To be fair, that last one isn’t a collocation proper, but they’re two words that go together in my world, and lately that particular word combination has been fairly dominant in my mind. I suppose illness was inevitable. The Prague weather’s been harsh lately, and personal and professional stresses have been chipping away at my immune system since Christmas.

By 8 p.m. I had all the classic flu symptoms: harsh cough, running nose, sore throat, sore lungs, hypersensitivity, muscle ache, chills and a fever of 102.5 on my American thermometer. I spent most of the weekend sleeping and watching some kind of Britney Spears marathon on TV with my roommates.

Feeling optimistic on Saturday, I wrote out lesson plans for the coming week, but on Sunday morning, with my temperature still above 100 degrees, I decided to cancel my morning lessons.

Ordinarily, I only teach one lesson on Monday morning -  a private student, who was happy to reschedule our meeting for later in the week. But I’d also promised to substitute an 8.30 a.m. class, and this proved impossible to drop. I called six friends, five of whom had morning classes and one of whom was sicker than I was. Desperate, I left a text message with my school’s substitution coordinator. When she hadn’t replied within a few hours, I tried to call her, but her phone wouldn’t pick up. By the time I realized she must have left the country for the weekend, it was too late to find a substitute, and I resigned myself to a 7 a.m. wake-up call.

The pre-intermediate post-secondary class has got what is politely referred to as 'a reputation.' I’ve taught them once before, without incident, but they are a challenging group. They’re notorious for tardiness, poor attendance and non-responsiveness. Half of the class is completely unmotivated. And the students who are motivated are generally too shy to speak. Which means that analogies about pulling teeth are particularly apt for describing classroom interaction.

At 8.35 there was one student in the classroom. By 8.40 there were four. Five more trickled in during the first activity, forcing me to repeat the directions several times. The activity was a chain story: every student started to write a story, then switched papers with another student after a set amount of time. With only the last sentence visible, the new student would continue the story, then switch with yet another student, and so on.

I’d done the activity last week with my own class, and they’d loved it. And these students seemed to enjoy the writing section. After they’d switched for the last time, I told them to work in groups. 'Take it in turns to read your stories aloud, then choose the best one.' Silence.

I looked at the students and saw that they were all reading intently. OK, I figured, so they want to check the words out before they begin speaking, that’s fine. So after two minutes had passed, I repeated myself. 'Reading your stories aloud means that one person is reading, and the others are listening,' I clarified. Still nothing. 'I should hear two voices right now,' I said. Still, silence. In one group, two students switched papers and began to read silently.

On a good day I would make them stop and look at me. I would make each group identify a vocal reader. Then I would stand over their shoulders to make sure both were reading aloud. But today I was too tired to fight, so I sat in a chair and watched them exchange papers until I was sure the majority of them had been read. This was a pretty fair introduction to the lesson.

I gave instructions. The students ignored them. I spoke. The students spoke under me in Czech. I asked questions. The classroom fell silent. After one activity I asked the students to read several statements and discuss them with their partners, saying whether they agreed or disagreed. Then I asked two students for feedback.

In their defence, the unit was not particularly interesting, nor was my presentation particularly flashy. Had it been my own class, and had I felt a little more energetic, I probably would have abandoned my lesson plan and tried to make the material a little more relevant to them. But I had to admit that I just didn’t have the energy to do it today.

Towards the end of class I had them practice present perfect, using 'for' and 'since' phrases. I asked them to write five sentences, four true and one false, and to guess which of their partners phrases were false. One of the girls was reading aloud from her list. 'I have been looking forward to going home since the beginning of this class.' 'No!' her partner said, and she nodded. I felt momentarily comforted, until I remembered that 'no' is Czech for 'yes,' meaning she really was looking forward to getting out of here. Which made two of us.

Substitute teaching is never easy. It’s almost impossible to plan a class when you don’t know who you’re teaching, or what and how they want to learn. To carry it off you need patience, energy and a sense of humour – and I had all three in short supply today.

I received a text message from the sub coordinator at 10.15, apologizing for missing my messages. She had been, as I suspected, out of the country, and had only just received them. Around noon I received a call from one of the other administrators, asking if I could substitute a class that evening, from 5.50 to 7.20. I declined.