Methodology: The World of ELT 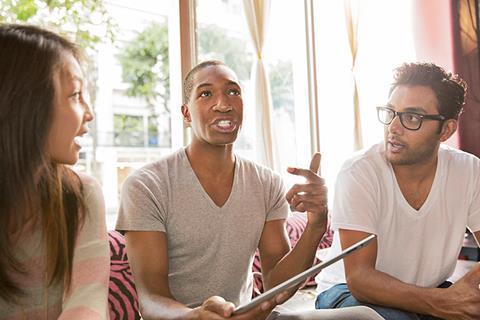 The approach to language teaching that can be broadly labelled as communicative language teaching emerged in the 1970s and 1980s as the emphasis switched from the mechanical practice of language patterns associated with the Audiolingual Method to activities that engaged the learner in more meaningful and authentic language use. Twenty years on it is interesting to look at the legacy of the communicative approach and to observe how current practice has been affected by its basic principles.

Most present-day practitioners would probably like to think that their classes are "communicative" in the widest sense of the word. Their lessons probably contain activities where learners communicate and where tasks are completed by means of interaction with other learners. To this end there will probably be considerable if not extensive use of pair, group and mingling activities, with the emphasis on completing the task successfully through communication with others rather than on the accurate use of form. During these activities the teacher’s role will be to facilitate and then to monitor, usually without interruption, and then to provide feedback on the success or otherwise of the communication and, possibly, on the linguistic performance of the learners in the form of post-activity error correction. In terms of the organization of the lesson, the classic present, practice and perform model, where careful input of a particular structure is typically followed by controlled, less controlled and freer practice is likely to have been replaced by a more task-based approach, possibly on the lines of test, teach, test, where the learners are given a communicative task which is monitored by the teacher and then their language use while performing the task is fine-tuned by the teacher in a lesson stage which focuses on error correction or a particular form that is causing difficulties. This is typically followed by a further task-based stage, where the initial task is repeated or a similar task is performed, ideally with a greater degree of linguistic accuracy than during the first attempt.

Another feature will probably be that the traditional grammatical approach of starting the beginner’s syllabus by presenting the present tense of the verb ‘to be’ will have been replaced by a more communicative focus, with basic introductions, requests and questions enabling learners to begin communicating in English from the very first lesson. It is probably fair to say that, as we look at the language classroom of 2001, there will probably be a certain degree from stepping back from the extremes of the totally communicative classroom, with its obsession about reducing teacher talking time to a minimum and maximizing the opportunities for communication.

This type of approach tended to give the impression of a syllabus without direction and a sense of communication for communication’s sake, producing the valid comment from at least one aggrieved learner: "Groups, groups, groups. Why do I have to talk all the time to my fellow students. I can do this in the coffee-bar!" What we will probably find now is a more balanced approach with opportunities for structural input (including practice of language patterns). There will, however, almost certainly be an emphasis on more authentic contexts with example sentences being at the very least semi-authentic and potentially of communicative use rather than arbitrary examples of form with little or no communicative value. In today’s classroom we will probably also see a lot of authentic listening and reading material being used and far fewer contrived texts designed to illustrate grammatical form or present items of vocabulary and with no attempt to communicate a meaningful message to the listener or reader. Perhaps the most enduring legacy of the communicative approach will be that it has allowed teachers to incorporate motivating and purposeful communicative activities and principles into their teaching while simultaneously retaining the best elements of other methods and approaches rather than rejecting them wholesale.

More Methodology: The World of ELT