A discussion about teaching the 2000 most common English words. 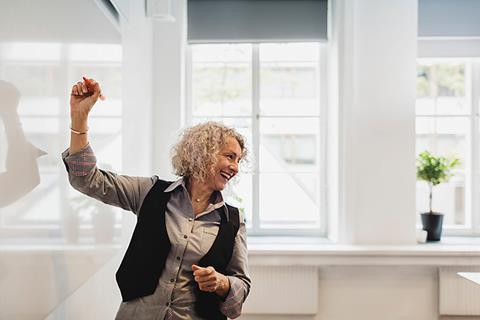 I would like to ask about how to go about teaching the 2000 most common words in English, which are said to represent 80% of all that is written and spoken. There is a lot written on the benefits of teaching core vocabulary, particularly as it may lay the foundations for consequential ‘grammaring’ that takes place. Often I teach using dogme principles and while this generates a lot of language it is hard to know, other than obviously common language, if this language forms part of the 2000 words or not – of course I realize that often it does no harm to include other language outside the core words as well as other useful classroom language.

The other way I teach vocabulary is by using themes – I try not to use lexical sets too much in light of research which shows that students can confuse words in sets with one another. However, often I have no choice than to use this method and help students understand the differences between words by showing which other words they collocate with. I have a strong feeling that many of these words are not part of the core 2000 words and will therefore not be used on a regular basis in the ‘real world’ unless they are recycled, in which case students might at least retain them during their course!. Do you have any suggestions for helping to teach this core vocabulary as efficiently as possible?

Your question is one that has preoccupied me, ever since the appearance of those statistics (i.e. the value of the 2000, sometimes extended to 3000, or even 10,000, most common words). There are a number of problems, though, even before we get on to the practical approaches. First of all, 2000 most frequent what, exactly? Does this list include understand, understanding and misunderstanding as one word or two words or three? Probably one – on the assumption that 2000 means 2000 word families, i.e. a base word and its derivatives. But, even a list of two thousand words would not of course represent 2000 meanings, since many words – most words? – have more than one meaning. Take, for example, has 26 different entries in the Macmillan Dictionary for Advanced Learners (MDAL). If we’re going to set out to teach these 2000 words (or word families), which meanings will we assign them? And how many? And then what about common multi-word units, such as get up, in front of and by means of? Would they be itemized separately or somehow included under a head word like get or front or means. So, you see, there are problems with this putative word list. But they’re not insurmountbale.

More easily solved, and therefore more frustrating, is the fact that this word-list is nowhere to be found! Nowadays, learners dictionaries flag high frequency words as a matter of course, and the MDAL was the first to highlight these words in red, as well as (like some of its predecessors) adopting a grading system according to which frequency band the words are in. But what is the teacher who wants to focus on these words meant to do – go through the dictionary page by page and note down all the red words? For some reason, dictionary publishers seem reluctant to publish their high frequency words as a list. This is partly because of the problems I outlined above, but there may be other, less academic, reasons why they keep their lists secret.

The nearest thing to a published frequency list is the list of what are called “defining words”. These are the words that the dictionary writers used in compiling their definitions. In the MDAL you’ll find them at the back, and they are “the most common and basic words in English”. There are 2500 of them, and, try as I might, I can’t find one that is not also marked in red in the main body of the dictionary. But there are some discrepancies which suggest that the defining vocabulary is not exactly the same as the top 2500 words. For example, the words primary and principal are both “three-star” words in the dictionary, but they are not included in the defining vocabulary. But the two-starred princess and printer are in the defining list.

However, in the absence of any, more definitive, list, the defining list might do as well as any. So, what do you do with it?! Here I’m tempted to say: get the students to eat it – simply because there will be almost as many ways of putting it to use as there will be students, and eating it might be one of them. Some students will actually benefit from working through at the rate of ten words a night, memorizing the whole list from abbreviation to zero. (At ten words a night, with breaks at weekends and the main religious holidays, they would cover all 2,500 words in a year).

Elsewhere I have written that it might make a lot of sense to set this as a learning goal before students even think of joining a language class. I.e. “Go away and learn this list and don’t come back until you are ready to be tested on them”. A bit like learning the highway code before you’re allowed to drive.

A more benign – and less mechanical approach – might be to keep a running record, yourself, as to which words occur in the course of your day-to-day teaching. After all, if these are the most frequent words, and if you are using lots of authentic materials, there’s a good chance that a lot of these words will come up a lot of the time. You should then try to draw attention to these words, recycle them, and perhaps create a class “word box” into which cards with the high frequency words on them, along with their translation on the reverse, are stored, to be taken out frequently for review, games, peer-testing, and so on.

Another approach is to train the learners themselves to take some responsibility for noting high frequency words when they occur. One way of doing this might be to get them to predict which words in a text are in the high frequency “red” bands, and then to check these against the dictionary. It’s slightly laborious, but the very effort of selecting the words, looking them up, and either accepting or rejecting them, will improve the chances of their being stored in memory, high frequency or not.

However, even if you use a lot of texts in class, there is no way that you can guarantee coverage of all 2500 in the limited time you are likely to have. Students who read a lot will get a lot of these words “for free”, as it were, but I mean read a LOT. To up the ante, you might want to choose words from the list to teach in class. Let’s say you are preparing for a course book unit on the subject of computing. You decide to pre-teach some high-frequency words that are relevant to the topic. You might go first to a reference book that has words organized into thematic groups, select from this, and then check the words against the frequency list in the dictionary. Here are a few I found simply by scanning the defining list in the MDAL: calculation, computer, CD, document, electronic, email, file, game, information, key, keyboard, load, memory, menu, message, mouse, operate, organize, page, print, printer, program, save, software, store, switch on/off, system, and technology. Not an exhaustive list, but quite a lot to be getting on with. (Another suggestion to dictionary publishers: that they produce thematically organized lists of the top words).

One final point: unless you are teaching absolute beginners, many of the words in the high frequency list will already be known by the students. This suggests some kind of task, whereby they comb the list for a) words they are sure they know well enough to use productively; b) words they know the meaning of, but are unsure about using productively; and c) words they don't know at all. They can then set themselves the long-term target of moving category (c) words into category (b), and category (b) words into category (a). Meanwhile, they can do such things as compare lists, teach and test one another, and report regularly on how successful they are managing to reduce the list of completely unknown words.