Adrian Tennant discusses how to use the discovery technique to teach grammar and gives an activity idea for teaching the third conditional using this method. 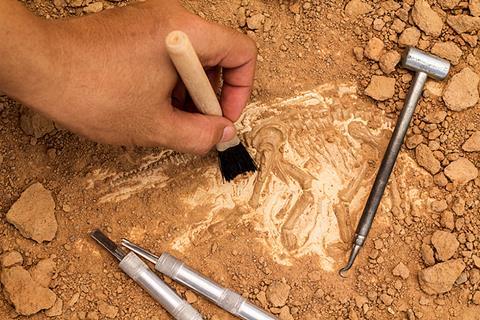 What is the discovery technique?

Grammar can either be taught explicitly or implicitly. When we talk about an explicit approach to grammar we are talking about stating directly, usually at the beginning of a particular activity, what the grammar is. For example, ‘Today we are looking at the third conditional.' On the other hand, an implicit approach to grammar is one where the students are ‘led’ to the grammar through a series of steps – this is what is meant by the ‘discovery technique’. In other words, the ‘discovery technique’ aims to lead students towards a generalized grammar rule or pattern.

Isn’t that the same as task-based learning?

No. Certainly, task-based learning is one form of ‘discovery technique’, but not the only way. In task-based learning the focus is on carrying out communicative tasks without specific focus on form. However, it is possible in the ‘discovery technique’ to be predominantly concerned with the form. The idea is that students will ‘discover’ the grammar through a series of steps (these might be tasks, language awareness activities, pictures, questions, etc) and will deduce both the form and the meaning from the context(s).

Why use the discovery technique?

One reason is that students often surprise us with what they already know or half-know. By using the ‘discovery technique’ we learn more about their knowledge and abilities by eliciting information from them rather than telling things to them.

Giving students chances to be exposed to, or to attempt to use, language ‘above’ their apparent level of knowledge of grammar is extremely useful and greatly aids future work on grammar. This approach celebrates what students can do – and clarifies precisely what still needs to be worked on.  (Learning Teaching, p115).

Use the following story to set the scene and try to elicit the form:

This is John
(show a picture of a man looking unhappy)

Question: Does he look happy?
(Elicit the response – No)

Q: Why do you think he’s unhappy?
(Elicit a few ideas)

Well, John was going to meet his friend
(show a picture of a woman) Jane.

Q: What do you think happened?
(Elicit that John didn’t turn up)

John tried to phone Jane, but his mobile phone didn’t work.
(Elicit that he’d forgotten to charge it the previous night).

Q: Where do you think she went?
(Try to elicit ‘nightclub’ & show a picture).

Note 1: You can build on this story.

Note 2: Use ideas elicited from your students, BUT make sure that you keep the story on track (it is quite easy to go off on a tangent).

Looking at the meaning

Now you can ask questions based on the story to try to elicit the structure (you will be surprised how many students already know the structural form of a grammatical item but are not necessarily aware of its use). Start by asking questions that focus on the events, e.g.:

If you elicit the sentence, ask the following questions:

You can focus on each event in the story by asking a similar set of questions, e.g.:

If you are unable to elicit a sentence containing the structure (third conditional) after two or three attempts, then give the students an example. Then try to elicit sentences referring back to the model you have provided.

Note: Re-focussing on the meaning, use and structure is key to the discovery technique.