Kerry Maxwell and Lindsay Clandfield provide a selection of useful tips and ideas for teaching comparatives and superlatives. 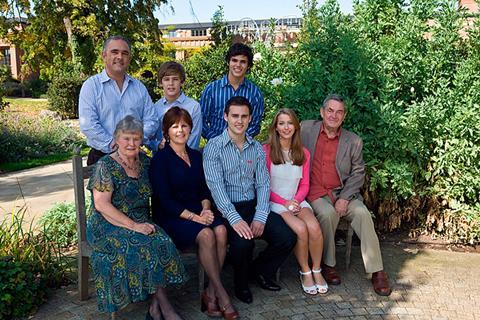 It’s tempting with comparatives to focus merely on the form. After all, the rules aren’t that difficult to explain. But be careful not to oversimplify the use. For example, we often assume that comparatives are used only to compare two things.

I am taller than my brother.

But we can use it to compare more than two things.

I am taller than my brother and my sister.

We can also use the comparative without stating the other thing if it’s understood.

I feel better (than I did before).

Maybe it's best to draw students’ attention to these uses of comparatives if they come up in texts or class work.

Don’t forget that in many languages there is no equivalent of the superlative. So something that seems completely normal to you as a proficient user of English may be in fact very alien to an English language learner. Be prepared for mistakes like He is the more intelligent. or The film has the bigger budget in history.

Even though we say “use THE with superlatives”, remember that there are occasions when we don’t (see explanation above). So this rule of thumb does have its limitations.

Activity: The people in the room

Using the people in the class is a logical place to start with comparatives. A simple activity is to put students into groups of four. Tell them to make as many true sentences as they can comparing each other using the following phrases.

has been learning English long; gets up early; goes to bed late

Set a time limit. Then ask students to read out some of their sentences, e.g. Marta lives closer to the school than Juan and Pablo.

With lower level students, you can combine superlatives with a revision of family vocabulary into a speaking activity. Ask students to secretly choose five of the following categories and write a name for each one on a piece of paper.

Put students in pairs. Tell each student to ask questions about the other’s list of names and find out more information.

Is Johann the oldest person in your family?

How old is he?

This works well in classes where the students have/know about their extended families.

Activity: Life in the capital

Comparing city life to country life used to be the mainstay of activities that focused on the comparative. I’ve found, as a teacher, that most of my students have no idea at all of what life is really like in the country (and neither do I actually), which has made these activities fall flat somewhat. However, most people will have something to say about life in the capital city versus life in another part of the country.

You can set this up as a role-play. Ask students to work in pairs, A and B. The As live in the capital of their country and think it’s far superior to life outside the capital. The Bs think the opposite. Give them time to prepare several reasons and then tell them to compare. Who has the most convincing arguments? You can then develop this into a whole class discussion.

When did you buy it? How much did it cost? (If they don't mind saying!)

Is it your first phone?

Once they’ve done that, ask students to make comparisons of the mobile phones. Set a target of, for example, eight sentences comparing the different phones. For example:

Suzy’s phone is bigger than mine.

Tanya’s phone was cheaper than Suzy’s. (You would need to make sure your students are happy to have this information compared and shared.)

Of course, this activity works best if several people have mobile phones!

Activity: The coldest place I’ve been to

The superlative can regularly go with the present perfect (as in The best film I’ve ever seen was …). You could use this sentence stem to make a questionnaire. Make a worksheet with several examples. Here are some based around the theme of weather.

Put students in pairs and tell them to interview their partner. To do this they must make questions, e.g. What’s the worst storm you’ve ever seen? They can also ask follow-up questions to find out more information. Do feedback on this as a whole class. Other thematic questionnaires of this kind could be:

Places in your life

You can also practise superlatives by organizing a class awards ceremony. Have awards for different categories:

You could either decide on the winners yourself or put the awards to a secret vote. Make sure that everybody gets an award for something (meaning that if you have 20 plus students you might have to have more than one recipient for an award). Make the awards on little stars. Hold a ceremony in which you distribute them to great fanfare. This activity works best at the end of the year, or the end of term.