An article by Kerry Maxwell and Lindsay Clandfield covering ways to approach teaching comparatives and superlatives. 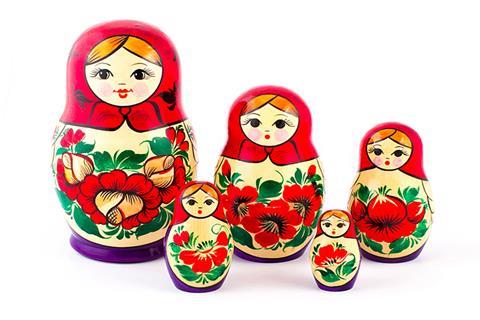 One way of describing a person or thing is by saying that they have more of a particular quality than someone or something else. To do this, we use comparative adjectives, which are formed either by adding    -er at the end of the adjective, or placing more before it, e.g.

She’s more intelligent than her sister.

This is a bigger piece of cake.

It is also possible to describe someone or something by saying that they have more of a particular quality than any other of their kind. We do this by using superlative adjectives, which are formed by adding -est at the end of the adjective and placing the before it, or placing the most before the adjective, e.g.

He’s the most intelligent man I’ve ever met.

This is the biggest piece of cake.

Some rules about forming comparatives and superlatives

2. More and most are sometimes used with one-syllable adjectives as an alternative to the -er/-est form when we particularly want to emphasize the comparison, or if the adjective occurs with another adjective which has more than one syllable, e.g.

The icing was supposed to be pink and white, but it looked more red than pink.

That sofa might look nice, but this one is more soft and comfortable.

4. Two-syllable adjectives ending in -ed, -ing, -ful, or -less always form the comparative with more and the superlative with most.

5. Adjectives which have three or more syllables always form the comparative and superlative with more and most.

The only exceptions are some three-syllable adjectives which have been formed by adding the prefix un- to another adjective, especially those formed from an adjective ending in-y. These adjectives can form comparatives and superlatives by using more/most or adding -er/-est.

6. The following adjectives have irregular comparative and superlative forms:

It’s the oldest/*eldest castle in Britain.

Elder cannot occur in the predicative position after link verbs such as be, become, get, e.g.

My brother is older/*elder than me.

Going skiing was the most nerve-wracking experience I’ve had.

8. Some adjectives which already have a comparative or superlative meaning do not usually occur with -er/-est or more/most, unless we want to give special emphasis, often for humorous effect, e.g.

Mussels are my most favourite food.

Common examples of adjectives like these are: complete, equal, favourite, and perfect.

Just like other adjectives, comparatives can be placed before nouns in the attributive position, e.g.

the bigger piece of cake

Comparatives can also occur after be and other link verbs, e.g.

The street has become quieter since they left.

You should be more sensible.

Comparatives are very commonly followed by than and a pronoun or noun group, in order to describe who the other person or thing involved in the comparison is, e.g.

John is taller than me.

I think that she’s more intelligent than her sister.

As well as pronouns and noun groups, than is often followed by other kinds of clause, e.g.

I think the portions were bigger than they were last time.

They had given a better performance than in previous years.

Comparatives are often qualified by using words and phrases such as much, a lot,far, a bit/little, slightly, e.g.

You should go by train, it would be much cheaper.

Could you be a bit quieter?

Do you have one that’s slightly bigger?

Two comparatives can be contrasted by placing the before them, indicating that a change in one quality is linked to a change in another, e.g.

The smaller the gift, the easier it is to send.

The more stressed you are, the worse it is for your health.

Two comparatives can also be linked with and to show a continuing increase in a particular quality, e.g.

The sea was getting rougher and rougher.

Her illness was becoming worse and worse.

He became more and more tired as the weeks went by.

Like comparatives, superlatives can be placed before nouns in the attributive position, or occur after be and other link verbs, e.g.

It is the most delicious chocolate cake I’ve ever eaten.

Annabel was the youngest.

This restaurant is the best.

As shown in the second two examples, superlatives are often used on their own if it is clear what or who is being compared. If you want to be specific about what you are comparing, you can do this with a noun, or a phrase beginning with in or of, e.g.

Annabel was the youngest child.

Annabel was the youngest of the children.

This restaurant is the best in town.

Another way of being specific is by placing a relative clause after the superlative, e.g.

This offer is the best I’m going to get.

Note that if the superlative occurs before the noun, in the attributive position, the in or ofphrase or relative clause comes after the noun, eg.

The best restaurant in town.

The best offer I’m going to get.

Although the usually occurs before a superlative, it is sometimes left out in informal speech or writing, e.g.

This one seems to be cheapest.

However, the cannot be left out when the superlative is followed by an of/inphrase, or a relative clause indicating the group of people or things being compared, e.g.

This one is the cheapest.

This one is cheapest.

This one is the cheapest of the new designs.

* This one is cheapest of the new designs.

This one is the cheapest I could find.

*This one is cheapest I could find.

Sometimes possessive pronouns are used instead of the before a superlative, e.g.

her most valuable piece of jewellery

Ordinal numbers are often used with superlatives to indicate that something has more of a particular quality than most others of its kind, e.g.

It’s the third largest city in the country.

The cathedral is the second most popular tourist attraction.

The opposite of comparative and superlative forms

This sofa is less comfortable.

I’ve always been less patient than my sister.

The least is used to indicate that something or someone has less of a quality than any other person or thing of its kind, e.g.

She was the least intelligent of the three sisters.