It's a dog-eat-dog world: Mark Powell makes the case for idiomatic evolution. 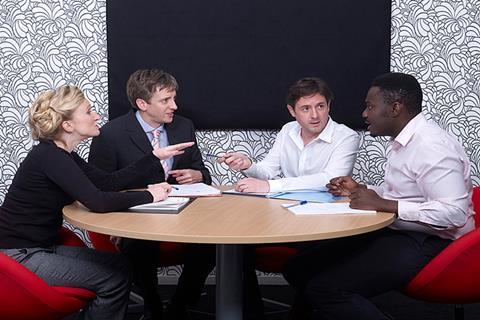 Most Business English teachers would agree that a lot of the idiomatic expressions we teach (Sorry to butt in, We seem to be talking at cross-purposes) are, in fact, quite useless. But now I’m beginning to wonder if some of the simpler ones aren’t just as bad:

In one multinational brainstorming meeting I observed little natural English was selected at all. Nobody said ‘Why not…?’, ‘How about…?’ or ‘Shouldn’t we…?’ Instead, the Germans present repeated a very effective formula: ‘Our suggestion is…’, ‘The basic question is…’, ‘One option is …’, ‘Another alternative is…’. To make sure they got their message across, they simply named it. Noun phrases like these are common in German. And thanks to their explicitness, they’re now catching on fast in international English.

Needless to say, by the end of the meeting the other nationalities were all copying the Germans. All except the British, that is. They had trouble making themselves understood and barely survived the encounter.

Famous evolutionist and bible-trasher Richard Dawkins has suggested that ideas, habits, beliefs, even fashions are all copied from person to person like genes. He calls them ‘memes’. Could international Business English be a meme too? Could the defective but effective English spoken by non-natives be not impoverished but improved? And if naturally selected by the majority of users, won’t it be those native-speaker dinosaurs who slowly slip into extinction?