Tom Walton, author of our Tech Task for the Class series, tells about a nightmare class, his technology blog and an awkward moment with a class of teenage girls. 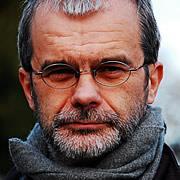 I’ve lived and worked in Barcelona since 1982, starting out in Primary school and eventually ending up in management, before finding myself recycled into a technology teacher. I’ve been a big fan of onestopenglish almost since it began and I’m delighted to have been able to contribute articles to it.

Still learning how to teach.

It’s tempting to say in Form 1 with Miss Martin in 1960s, but I suppose really through blogging, which I started doing in 1999. I have a technology blog for language teachers and many others, about half a dozen active ones.

A business school in Barcelona. There was a class of 35 students that my colleagues refused to teach, saying it was impossible to teach 35 people in one class. Knowing that lots of teachers around the world do that every day, I did it myself (in fact there were 42 of them, none of them interested in the subject). It was one of the biggest teaching challenges I’ve faced, but tackling it – however successfully – was tough but fulfilling.

At the end of the year with a class of teens who I can only describe as a nightmare, one of them said to me ’Thanks for trying’.

Attempting to explain what ’make love to’ meant in a very old text (i.e. not what it means now!) to a class of teenage girls… They really didn’t need to be told but the more embarrassed they could see I was getting, the more questions they asked and, being very young and inexperienced, I didn’t move quickly on, as I should have done.

Hmmm, difficult because the ones I find funny are nearly always politically incorrect. Here’s an old one I love, having had a very talkative daughter… A little girl had just finished her first week at school. ’I’m wasting my time,’ she said to her mother. ’I can’t read, I can’t write and they won’t let me talk!’

Write things of interest to other teachers on social media. It’s great to share ’Ideas that work’ or, especially if your teaching circumstances are unusual, or unusually tough, or just simply new to you, a diary of your experiences can be fascinating. A blog is a great tool for that as you can share it with whoever you want – just you (a good way to begin), just one colleague, only a group of colleagues (a great way to begin), the entire world… Twitter is an alternative (but is it really ’writing’?) but limit what you publish to only things of interest to teachers – don’t mix personal interests and professional ones, in other words.