Onestopenglish's king of news lessons and all things word-related, Tim Bowen, talks to us about his life and work, in particular, his career as a teacher trainer. He is also a co-author on our Language for... series. 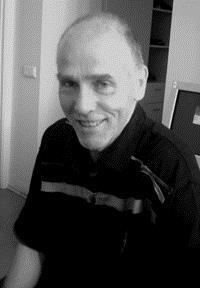 So, Tim, tell us a little bit about yourself…

I'm Welsh (but regrettably not Welsh-speaking as my family was from south-east Wales) but grew up in the West Midlands. I studied foreign languages at university (Russian and Czech) and, through my interest in all things Slavonic, ended up teaching English in what was then Czechoslovakia and then in the former Yugoslavia. I like to think that the fact that two of the countries I have taught in have subsequently broken up is merely coincidental. I've taught English and trained teachers in a number of countries around the world and have always enjoyed the variety that this job has provided. I'm a freelance teacher-trainer, writer and translator now. I live in Hastings in south-east England but I'm writing these lines in Riga, Latvia, where I'm running a teacher training course.

I wrote someone who is easily distracted and then read Lindsay Clandfield's interview from last month and found he'd written the same thing! So let's have never takes himself too seriously.

I had the good fortune to be working with a highly creative group of teachers at International House in Hastings, when I was contacted by an editor who was interested in a book about pronunciation. Inspired by the ideas of Adrian Underhill, Jonathan Marks and I had put together a set of practical pronunciation activities for teachers and we were able to adapt these for publication. Together with Jonathan, I then wrote Inside Teaching for Macmillan ELT (or Heinemann as it then was). When onestopenglish came along, I was delighted to be asked to contribute and have done so on a regular basis ever since.

What’s the most interesting place you’ve ever taught in?

In the early 1980s I was a tutor on a residential British Council teacher training course in Slovakia in a tiny village in a Hungarian-speaking area near the Danube. The village was in a collective of small villages optimistically named 'New Life' by the communist regime of the time. The course was held in a chateau that had seen better days but still had a faded charm. In years gone by it had belonged to the Eszterhazy family and the composer Haydn had visited on several occasions. Along with the other tutors and the course participants, I was an object of intense curiosity to the locals, who spent endless hours staring at us over the wall that surrounded the chateau garden. It was one of those timeless hot summers when time seems to stand still. Ten years later, after the Velvet Revolution in Czechoslovakia, I went back. Nothing had changed. It was still an utterly charming place.

It has to be the number of teachers I've helped to get a foothold in the profession as a CELTA tutor.

There are so many embarrassing moments I hardly know where to start. Probably travelling to a workshop overseas and finding the session had been advertised for an entirely different topic from the one I had prepared for. The people in the audience had definitely come to hear the advertised topic (not one I was particularly familiar with). Actually, it was probably an example of being panic-stricken rather than embarrassed.

It's not a joke but a bit of stand-up: When I was young I told my parents I wanted to be a comedian when I grew up. They just laughed. They're not laughing now.

Lots of teachers out there have loads of creative ideas that they could share with a wider audience. Get your ideas down on paper. It's not as time-consuming or as arduous as you might think. Set aside time for writing and discipline yourself to stick to that time. Start by writing for teachers' magazines, teacher's web forums, blogs and the like. Don't expect to earn a fortune. That's the lot of a privileged few who were in the right place at the right time and I'm certainly not in that exalted company!