In her third diary entry, Willow Vanderbosch reminisces about her first days on the islands. 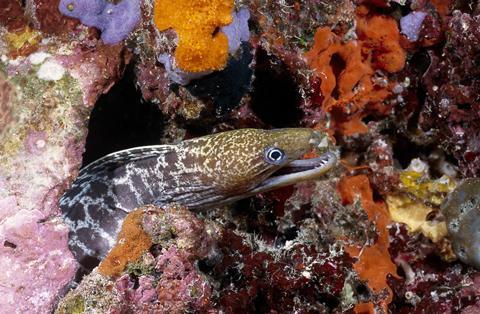 The honeymoon is over, if this ever was a honeymoon. I’ve been on the islands now for just over four months. The first classes were so exciting for almost everyone. The beginners are really the most keen to learn English. Once they get to a higher level, many are a little too busy (or cool) for classes, although they like the idea very much and love to ask me about classes every time they see me; somehow that eagerness does not show in the attendance.

Four days into classes, my first day was spent searching for a table solution since I am no longer in the meeting room, but meeting in the employee TV lounge. Everyone I asked for advice was not only supremely unhelpful, but actually went to great lengths to complain to me about my problem. Now, if I am not complaining about my problems, I certainly do not expect nor welcome others complaining about them. The island chief said that I could take tables from the canteen. I took his advice and when faced with arguments from the cooks, I pointed out that he had told me to take them. They moved the tables for me. This was bad news later when Chef came and was upset that he had not been consulted. This was a fair point and I was truly sorry that I had not thought of it at the time, as he and I are mates. He let the tables go for the night, but although I had tables, I was miserable with the general bad will of all that should be supportive of a service to improve their staff.

Canteen tables were not the solution I was searching for. They are heavy and needed for mealtimes besides. I meditated for about 20 minutes before class, but it would have taken an hour or two to really exorcise all of the bad will I had been shown on my first day of classes. Aside from this, first day always reminds me of skydiving.

The second day of classes was the first day for my second island. I arrived at 16.30 and when the manager of the island saw me get off the boat, he suddenly remembered that he had emailed everyone but me about the owner of the island coming the next day. Seeing me, he also realized that I had to cancel classes since everyone was too busy cleaning the island. Cool. Actually, for no reason at all, I was greatly relieved that I had the evening off with no responsibilities other than the obligatory cocktail party at 18.30. I met a fabulous Australian couple and we chatted the entire party. Off the hook from work…and my regular after work mates were still working so I was with nothing to do.

By the third day of classes I had made up with Chef, who was kind enough (now that he was not mad) to make some very useful suggestions and also let me use the tables in the meantime. He called me in the afternoon and insisted that I cancel or move my classes because we had a wine tasting and he could 'really use my input'. It was nearly an eight minute conversation (four times the normal length of local chats) and in the end, he had convinced me to change all of my post 21.00 classes until my would-be day off. It was excellent and worthwhile, just what I needed. God bless Chef for insisting!

Fourth day, classes went as scheduled. I had some explaining to do as for my reasons for making the kitchen and restaurant class draw pictures and then interpret them, but in the end they were not only convinced but grateful. I told them that I was trying to expand their use of the language by making them think creatively outside of the box of conversation that they normally have with guests. Their task was to write a short essay interpreting their pictures with the symbolism and questions about the use of symbolism that I gave them. I then had to spend some time assuring them that whether it was real or not depended on how they felt about the reading they did. Here is an example: the path in their picture represents their path in life. One of the men’s paths was split into five directions. He was notably upset. I pointed out that this could be interpreted in different ways. One way is that a person with that many directions was very confused and unsure of which path to take. Another interpretation would be that the person was interested in and even pursued many paths. He was quite happy with the second idea. In the end the class was very impressed with their whole 'first English class experience' and everyone stopped to say so personally on the way out, while expressing that they had their doubts when I told them to draw a picture…but in the end they understood how it all worked together for the benefit of their language.

It was the last class of the night and I took the speedboat home shortly thereafter. On the jetty on the way back I noticed that the water was like a looking glass, and there was a very large Moray eel sleeping in the big rock just next to the jetty. I sat down and watched, wishing that I could poke it somehow and make it move. One of the transportation guys sat down with me (apologizing first about not coming to the last class). We watched for some time. The large moray eel sleeping, the 1.3 – 2 meter reef sharks prowling beneath our feet, tiny fish feeding on tinier fish or plankton, rock fish being incognito, tiny flashes of light that were baby jelly fish making their way, the giant clam snapping its purple lips shut, and many other colorful fish besides…and I felt glad to be here. The truth is that I like it here. Frustrations aside, at the end of the day watching the moonlit waters lapping softly on the silky white beaches under a starry sky…it’s a nice place to be.