In her first diary entry, teacher Willow Vanderbosch gets active when teaching her beginner class. 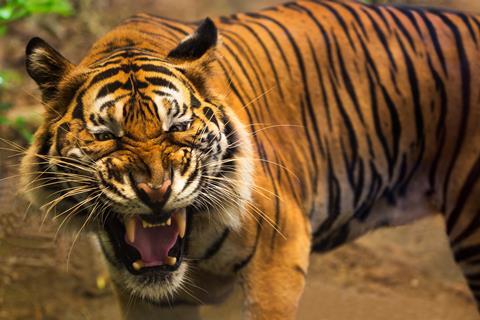 I was hired by a resort to be the sole English teacher for 300 employees on two islands. I typically work six - seven days a week, and commute between islands. I live in the staff quarters, where my room door is in full view of the recreation area for all of the employees  - my students - almost all of whom are Muslim men.

Today's lessons focused on the use of past simple. The first class of the night is my favorite: the engineering and gardening department. The most notable figures in the class are the coconut climber - a large, western-sized thirty-something local with a boyish face, Mr. Mobile (he answered his mobile in class and was ever after dubbed, 'Mr. Mobile' by his work/classmates) and Mr. Dhivehi - who only speaks in Dhivehi although he understands English.

I began pre-teaching words and their simple past: run-ran, hide-hid, walk-walked, chase...no one knew this word. One of the biggest challenges of teaching here is that there are no bilingual dictionaries (although some pamphlet size ones have been attempted). I drew pictures of men chasing each other, brought up movies with car chases, all to no avail. Mr. Dhivehi started exclaiming, 'Ne-eng ge, Teacher, Ne-eng ge English.' (I don't know, Teacher, I don't know English). I made Mr. Dhivehi get up and walk around the long meeting room table and explained to the class that I was going to chase him. I did. Giving him a head start, I hurried after him with my hands outstretched to imply that I wasn't simply following, but had less than honorable intent. He looked nervous and hurried around. The other students laughed. Mr. Mobile offered a possible translation.

Suddenly, the sweet faced coconut climber had an 'Aha!' moment. He curled his hands up like claws in front of his face and roared, 'Ra-a-argh! I'm a tiger!' Hands still poised to pounce, but otherwise back to his mild-mannered self, he asked if chase was what a tiger does. The class held its breath in shock, as did I, allowing a moment for this transformation to register before replying. 'Yes, a tiger chases an animal.' There was further clarification later to see if chasing included grabbing and eating, but eventually we came up with a satisfactory translation that worked both in a car or with a tiger.

We then reviewed some prepositions and made a list of phrases they could use: ran to, hid behind, went under, etc. We made a noun vocabulary list of both known (to help with spelling) and unknown words. We spent a few minutes clarifying by means of acting, explaining and drawing meanings. I learned that the Dhivehi word for a chicken cage (koshi) is the same as our purchasing manager's name, a fact I couldn't wait to share. In the few minutes of quiet time to organize their notes, I heard a few more growls and echoes of 'rrrrr....tiger!'

Finally, we were ready for the opening scene of 'Chicken Run'. It's a brilliant scene with lots of simple actions suitable for elementary. I paused after each action and we had a group effort to make a sentence. They would then write. Homework was to make a story of the sentences and sentences of their sentence fragments (they wrote quickly).

In closing, we watched the full scene uninterrupted. They laughed, they roared, a couple of them changed their notes. We said goodnight. See you next class!