Jamie is an exuberant Scot with a seemingly endless supply of original and imaginative teaching ideas. Here he tells us a bit about his career as a writer and English teacher. 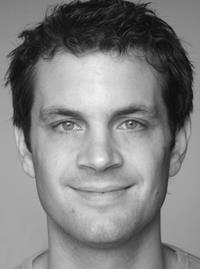 Tell us a little bit about yourself ...

I grew up in East Lothian in Scotland. I did a science degree in Aberdeen and then decided that I wanted to be a musician. After four long indulgent years which were spent studying music at Leeds, I started working on a ship. Well, I was playing piano every night and practising during the day, and I must have overdone it because I got tendonitis in my arms. I had to stop playing for six months and during this time decided to do a TEFL course in Barcelona. I stayed there and started giving private English classes. I think it was a blessing in disguise because I’ve never looked back. I have also worked as a teacher trainer at an English school called Active Language in Cádiz in the south of Spain.

I started writing as soon as I started teaching. Following any class in which my students (or myself) were left confused by the day’s language point, I would prepare a handout for our next meeting which would attempt to clarify things. I still have all of these on my computer and I can tell you that if I ever read them now, they make me cringe. I don’t know how much they helped my learners but they really helped me. You see, I passionately believe that writing is a natural extension of teaching. It forces you to think and consolidate ideas about the subject and the methodology. This, in turn, allows you to develop professionally. All teachers are potential writers and no practising teacher should ever think that he or she is not qualified to write.

I’m going to tell you about the most difficult class I’ve ever had instead. After teaching for a couple of years, I became self-employed and started looking for some meaty contracts. Well I thought that I had landed one when a new business school (I won’t say where it was) hired me to give English classes to everyone – both staff and students. It turned out that their principal interest was to save money and I was expected to teach everyone at the same time, once a week. This took the term ‘mixed-ability’ to a new level. In my class I had four young Belgians who spoke English better than me, one Spanish girl who was an absolute beginner in the truest sense of the term, and about ten young Indian men with a fairly good level of English but who were in need of pronunciation improvement for practical reasons. Only one member of staff attended the classes – the cleaner!

I feel very proud of my students Marta and Roser. They are doctors and decided last year that their English was good enough to travel to Sierra Leone on a Médecins Sans Frontières mission. My proudest moment as a writer is having a website I authored shortlisted for the ELTons awards.

My most embarrassing moment involves a computer screen and a rude surprise. It quickly taught me how vital it is to ensure that your Google image search filter is switched on.

It’s got to be the baby gorilla joke:

I love this joke: It surpasses all cultural boundaries, it isn’t rude so you can use it in the classroom, it is popular with children and adults and it is the perfect length. Did you know that according to Laughlab, an experiment that was carried out in 2002 to find the world’s funniest joke, jokes that contain 103 words are the funniest? The baby gorilla joke comes quite close to that.

First of all, decide what you would like to write. If you can’t think of anything (a very common situation), here are some ideas:

The second thing is to decide is who or what you are going to write for. Don’t be motivated by money. Here are some ideas:

And finally, some random pieces of advice: