Lindsay Clandfield takes time out from talks and parties to give us his impressions of the 41st annual IATEFL conference.

“The weather has been red hot here,” said the cheerful taxi driver who took me from the airport in Aberdeen to the conference centre. He was right, for this part of Scotland, I suppose. My fellow roving reporter had told me it was cold, and the day I arrived there was a bit of a wind coming off the North Sea but it was sunny and not too bad. Aberdeen looked beautiful. It’s called the Granite City, and I could see why as we drove past building after building of shiny grey granite. A definite feeling of history going by.

The conference city was just outside the town centre and we all took buses in every morning. My first impression of any IATEFL is the same every time – wow. The sheer number of people from different countries, all the stands in the exhibition hall and the thick programme (like a small telephone book) with twenty or so simultaneous presentations… it’s very exciting to be a part of it.

While I would agree that technology was certainly prominent at this conference, there still remains a strong focus on grammar. A quick search through the workshop and talk titles reveals that the word grammar occurs 15 times (compare to vocabulary at seven times, speaking at four times, listening at two times and culture at six times to randomly select other terms). I was perhaps interested in this as my talk was on grammar.

What I noticed was a willingness to evaluate, or re-evaluate, the benefits of grammar teaching, and question at times the negative associations of grammar instruction. Talks on grammar included:

There were also a couple of talks on specific grammar points. One was by a speaker from Botswana who spoke on pronouns in English and Setswana. Another was by a speaker based in Germany who had one of the best workshops titles in the programme, Yodelling modals, which looked at modals in English and German. The whole idea of using translation and interlingual teaching was also brought up in Guy Cook’s excellent plenary on Thursday morning, in which he argued against the monolingual approach (English only) to teaching language.

So my feeling is that, contrary to what some writers and methodologists would like to believe, grammar teaching (in one form or another) is still very much a concern for teachers of English.

One talk I enjoyed very much was Agnes Enyedi’s plenary on Friday morning. Using the metaphor of a caterpillar becoming a butterfly she spoke about how teachers develop and how they become teachers (butterflies). Of particular interest and resonance were the seven stages of development in becoming a teacher, which were:

Many of the people in the audience could relate to these stages, especially stage five, which the speaker also called the teaching is a drug stage. This stage, if you take on too much, leads to what she called the I feel empty stage (stage six above). I found this particularly interesting in light of my recent editorial here at onestopenglish about teacher burnout.

Enyedi’s conclusion was that the only steady support for the emerging teacher is reflection through being involved in professional discourse. Hear hear!

Sunset. The golden sands of Aberdeen seen from the Beach Ballroom. A man in a kilt and full Scottish regalia is playing the bagpipes as the bus full of teachers pulls up. As we enter the hall, we can see Scottish dancing, and tables laden with free food and drink for everyone (including small balls of haggis!!).

This was the scene of the Macmillan party on Friday night, marking the launch of the new edition of the Macmillan English Dictionary. After the book presentation, a band took to the stage and everyone was taught how to do a Scottish dance. The evening wore on until all the happy teachers were bused back to town where (in the case of this writer at least) the party continued at various Aberdeen locales into the wee hours. A really great time was had by all.

With the conference running from Wednesday to Sunday, many people come and go at different times. I had to leave on Saturday afternoon, but felt very satisfied by the event as a whole. At the airport as I was leaving Aberdeen there were people from Germany, Norway, India, the Czech Republic, Turkey, Canada, the UK and Spain (to mention but a few). It was the kind of mix you might see at any airport, but all of these people were involved in the same thing as I am, which is teaching English. It was a great affirmation of the global nature of this work, which is what IATEFL is all about. 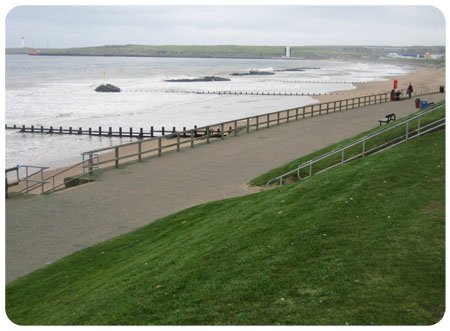 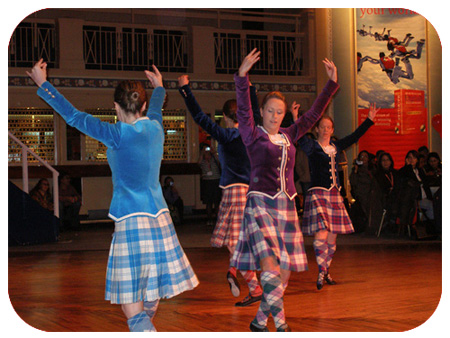