14
Advancing Learning: Does anyone really need to use a dictionary?
Professional Development

Advancing Learning: Does anyone really need to use a dictionary?

Why use a dictionary when you can Google a word? Dictionary expert Michael Rundell answers this question by looking at the strengths of lexical resources today.

With so much information available on the web, does anyone really need to consult a dictionary when they want to find out about a word or phrase? It’s a good question. Just about everything you would ever need to know about words and language can be found online – somewhere. But – as with everything else on the web – you need to know what you’re getting. Is the information reliable, up to date and appropriate for your needs?

The case for using a dictionary

Macmillan Dictionary is just celebrating its 10th birthday as a digital resource. It’s great that most dictionaries are now online. This is a much better medium than the printed books of old: there are no limitations of space, and an online dictionary can always stay up to date and explain even the newest additions to the language. But with so much available on the web, it’s more important than ever to find the right resource.

Let’s suppose you’re reading an article about social media and you come across these two sentences:

These aren’t especially difficult sentences, but it’s a fair guess that you might want to check that you understand the words proactive (in sentence 1) and traction (in sentence 2). One of the most popular online dictionaries explains proactive like this:

serving to prepare for, intervene in, or control an expected occurrence or situation, especially a negative or difficult one; anticipatory

This isn’t wrong or inaccurate, but it’s pretty hard to follow. It also uses common words in unfamiliar ways – what does serving to mean, for example? For anyone whose first language isn’t English, this is a challenging definition, and not what you need when you just want to get on with the article you’re reading. Now compare this with the explanation given on the Macmillan Dictionary site:

taking action and making changes before they need to be made, rather than waiting until problems develop

The point is that Macmillan is a learner-oriented dictionary, and we go to great lengths to ensure that definitions are clear and easy to understand.

So what about sentence 2? If you simply type ‘meaning of traction’ into Google, two definitions appear at the top:

1: the action of drawing or pulling something over a surface, especially a road or track

This is no help at all – in fact, it is positively confusing. The problem here is that the dictionary hasn’t caught up with changes in the language. The phrase gaining traction is now often used in the media to talk about ideas that are becoming more popular or more widely accepted. Yet many of the online dictionaries have failed to record this recent development. You can find those older meanings in Macmillan Dictionary, too, but the first one you see is the gain traction one – because the language data shows that this is overwhelmingly the most common use of traction in contemporary English. There is a clear link between the frequency of a word (or meaning) and its usefulness, and Macmillan Dictionary takes frequency very seriously. One of our signature policies is to clearly indicate the relative frequencies of words, and to provide especially detailed information for the most common 7500 words in English (what we call ‘red words’), which make up the core of the language.

What we’ve seen with proactive and traction is that a random web search is likely to slow you down, take you in the wrong direction, or, even worse, leave you feeling confused.

It’s not just about meanings

But this is only half the story. We may want to check what a word means, but if we want to use the word ourselves when we write or speak, we need to know how it behaves. In the last 30 years or so, our understanding of language has been revolutionized by the availability of huge language databases (called ’corpora’) which can be analysed using powerful linguistic software. This enables us to observe language in use on a massive scale, and to see how people use words when they communicate with one another. And one of the big findings which has emerged from corpus linguistics is that words often don’t carry much meaning on their own. Instead, meanings are created by combining words in ways which are (for fluent speakers) quite predictable. This is why traction acquires a new and specific meaning when it’s combined with gain. And it’s why we say we ‘enjoy doing something’ (rather than ‘enjoy to do it’), or why we’re likely to read that ‘the police conducted a thorough investigation’ (rather than ‘did a big investigation’). When you are engaged in producing text (as opposed to simply understanding it), it is combinations like these – syntactic or collocational – that make the difference between just-about-adequate English and language that sounds natural and idiomatic.

This is where a serious, corpus-based, learner-oriented dictionary comes into its own, providing information of far greater value than a random web search ever could.

Phrases are just as important as words

Corpus evidence shows that people often ‘lexicalize’ their thoughts (that is, put meanings into words) using a multiword expression rather than a single word. Phrasal verbs are an obvious example: in most contexts, stick out is a more natural choice than protrude, and we’re more likely to say put up with than tolerate. Neither expression has any obvious connection with stick or put, but in traditional dictionaries (whether paper or digital), you would have to search for these phrasal verbs in the (very long) entries for those verbs. In Macmillan Dictionary, they get their own distinct entries – not just because that makes them easier to find, but because we recognize that they are words in their own right.

In the same way, it’s common to express the idea that something is usually the case by saying it happens nine times out of ten. This has its own entry too, so if you come across this expression, you won’t have any trouble finding it in the dictionary. But how will you know about it if you’ve never seen it? This is where you need a good thesaurus, and we have recently launched Macmillan Thesaurus to complement the dictionary. Type in a search word like usually, and you’ll see a range of synonyms – some of them single words (like generally or mostly), and others phrases (nine times out of ten, as a rule). Our thesaurus makes no distinction between words and phrases because both are equally natural ways of expressing an idea. This fantastic new resource is closely linked to the dictionary, so that you can move between the two without even noticing.

Keeping up with language change

All languages change over time, and as one of the world’s major languages, English is changing faster than most. Being online means that dictionaries can add new words and phrases as they emerge – but (as we saw in the case of traction) not all of them do. The Macmillan Dictionary team use smart corpus software to help us identify new uses, but we have another valuable resource at our disposal: the people who use our dictionary. The Open Dictionary is a platform where our users can send us their suggested additions, based on words they have seen or heard which don’t yet appear in Macmillan Dictionary. This crowdsourced dictionary complements the work of our lexicographic team and has already been responsible for over 6000 new entries in the main dictionary, helping us stay bang up to date.

Dictionaries aren’t like other learning materials (or other books, or other data sources). We don’t read them – we use them when we’re doing something else. And when we’ve found the information we need, we go back to the task we’re engaged in. For this process to work effectively:

All of which may sound obvious, but the reality is that you won’t reliably achieve all these goals if you simply put random searches into your web browser. 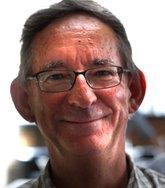 Michael Rundell is a linguist and lexicographer. A dictionary editor since 1980, he has designed and managed numerous dictionary projects and is a leader in the field of English pedagogical dictionaries. He is Editor-in-Chief of macmillandictionary.com, having started a dictionary development programme at Macmillan Education in the late 1990s.

Michael has published widely in the field of corpus-based lexicography and is co-author (with Sue Atkins) of the Oxford Guide to Practical Lexicography. His interests now are in the implications for lexicography of the transfer of reference resources from print to digital media.

You can find out more about Michael by visiting https://michaelrundell.com.

If you want to learn more about English dictionaries – how they are created, what they include and what their future might look like, you might be interested in signing up for a free short course (a MOOC called ‘Understanding English Dictionaries’) launching on the FutureLearn platform on 16 September 2019. Follow Macmillan Dictionary Blog for updates about the course and other dictionary news.