A team activity for revising spelling or vocabulary. 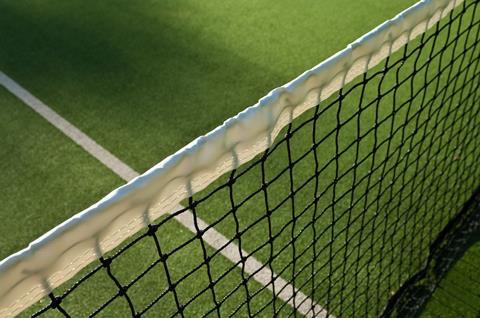 I call this warmer spelling tennis but it could be used for vocabulary items as well.

It gets quite exciting when you have one player left on a side trying to think of the spelling.

I have used a slight variation where two teams bounce lexical items such as 'apple', 'banana', 'pear', etc. back and forth until one team member can't think of an item. It's a lively way to revise vocab. It could be incorporated with throwing a ball or clapping before saying the word to keep a rhythm up. Time limits can be at the teacher's discretion.