Many higher level coursebooks include a focus on adjective order. Here are some tips for providing practice in this confusing area. 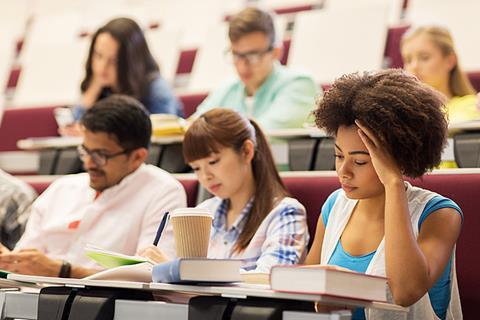 If you have a number of adjectives before a noun they have a tendency to come in the order:

For example, the rarest collectable round ancient reddish North-American bronze incense-burning plate - not that you are ever likely to use all categories in one go!

Bring in a number of ordinary objects found around your home, e.g. a book, a vase, a box, a jar, a decoration etc. Show one of them to the class and establish what it is, e.g. a box. Make teams. Invite a player from the first team to add an adjective, e.g. a large box. The next team must add a new adjective (and place it in the correct order) e.g. a large blue box. The next team adds one more, e.g. a large old blue box and so on until a team chooses an inappropriate adjective, places an adjective wrongly or cannot add a further adjective to the description. If you want to score, give a point for each adjective as they are placed. Continue the game with the other objects.

Say: I'm thinking of something. It's a delicious, small, round, green thing.  Elicit guesses and, if no-one gets it right, tell them that you were thinking of a grape. Students working in pairs should think of 5 more things (unusual if possible) and write four adjectives to describe each one. When they are ready, pairs meet up and read their adjectives (following your example i.e.  I'm thinking of something. It's a 1,2,3,4 thing). The other two students try to guess what object they are describing.

Write out some sentences, each with a number of adjectives in the correct order but including one inappropriate adjective e.g. He was an impressionable satin adolescent film star. Students have to spot the wrong adjective (satin) and then replace it with a suitable one in the same place in the sentence (e.g. tall).

What's on the card?

Prepare a pack of cards with names or pictures of objects on them and distribute them, face down, to small groups. In turn, students pick a card and throw a dice. 6 means they get a free point and don't have to give a description. Any other number shows the number of adjectives they must use. For example, a player might pick a card with "a book" and throw 4. They could say "A beautiful ancient Iranian holy book." If they succeed they get the points on the dice. To make it more challenging for a strong class add the rule that adjectives cannot be reused in the game - so, for example, beautiful, ancient, Iranian and holy cannot be used again in any future descriptions.