Tips and activities for teaching demonstratives. 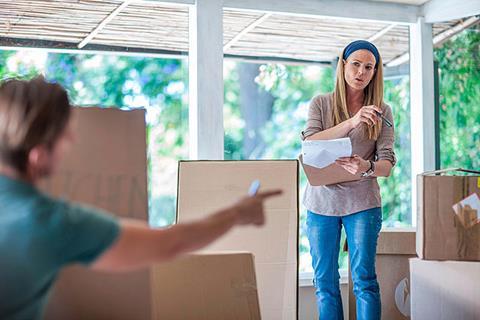 This is probably the most straightforward way of illustrating the basic use of demonstratives, one which can most easily be done in the classroom. Point at a chair near you and say 'This chair'. Then point to a chair across the room and say 'That chair'. You can repeat this with other items in the classroom, incorporating these and those. This can be extended to illustrate the demonstrative pronouns by asking:

What’s this/that? What are these/those?

Warning! This way of teaching is one which has been criticized on two counts:

One counter argument to the two points above is that display questions of this nature in an elementary classroom are in fact useful as a way of reviewing vocabulary and that in the classroom setting itself are authentic tools of checking knowledge.

A simple refinement to make the exercise (slightly) more natural would be to change the question What’s this? to What’s this in English? a question which the students are arguably likely to ask in real life situations.

You can always set up minimal pair sentences to ask students to explain (in their own language, if necessary) what the difference is. For example:

Can you take this bag?

Can you take that bag?

Ask students what the difference is grammatically between the two sentences. Then ask them to speculate what the difference is in meaning is (in the 2nd sentence, the speaker is probably indicating a bag further away from him/her, while in the 1st sentence the speaker might have the bag in his/her hand). Finally, ask them to create more of a context for the sentence, for example by suggesting who is speaking, what are they speaking about, where are they, etc. Here are other minimal pairs using demonstratives.

This is really difficult.

That is really difficult.

I don’t think this is a good idea.

I don’t think that is a good idea.

This is Charles, my new boyfriend.

Activity: What are they talking about?

A similar activity to the one above would be to ask students to work on the context of parts of dialogue they imagine they’ve 'overheard'. In other words, get them to do the last part of the previous exercise first and then come to the grammar later. Here are some examples of overheard conversations with an element of mystery about them suitable for an intermediate level:

If you’ve taught reported speech, you’ll know that there are several changes that occur between direct and reported speech, e.g. tense backshift, the day before for yesterday, etc. Determiners will also change. Compare:

'I know this man,' said David.

David said he knew that man.

The reason behind the change is because that is considered more distant, in this case, distant in time. It’s worth pointing this out to students as a further example of deixis.

As with pronouns (such as he, she, it), you can also help students make sense of longer texts by asking them to find examples of determiners that refer to something earlier in the text. Ask students to find examples of this/these/that/those and underline them. For each one they find they must:

Go through the examples as a class.

Looking at some of the examples of that and this in the related grammar article, I was struck by how useful they could be as set phrases. You could teach the students the following “chunks” to help them in speaking activities.

This is the most important bit …

This is what I mean to say …

I do it because I enjoy it. That’s why.

This grammar is quite straightforward. That is, it’s not very difficult.