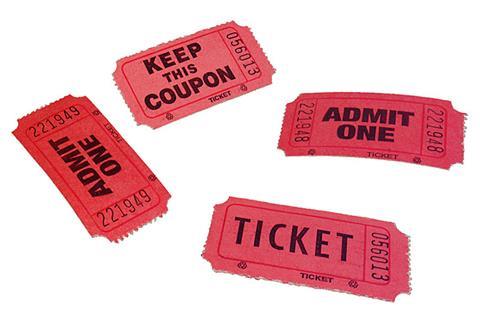 A: Do you like this scarf? It matches my coat.

B: It’s nice, but I prefer those ones over there.

These and those are used when the speaker is talking about more than one thing, i.e. with plural countable nouns, e.g. these flowers, those magazines.

Demonstratives can occur either as determiners or pronouns. When they are used as determiners they come before a noun, or the words one or ones, e.g.

In this use, they are sometimes referred to as demonstrative adjectives. When the meaning of the sentence is clear without the noun, demonstratives are often used as pronouns, e.g.

Thisand theseare used to refer to things which are very obvious in a situation, often because they are very near to the speaker. They are often used to distinguish such things from others of the same kind. For instance, if the speaker is standing inside a particular room in a building, they can refer to it as this room,or if they pick up some books from a desk, they can describe them as these books.

Thisand thesecan also be used in expressions which refer to periods of time with the meaning today, now or near in time, e.g.

I’m going to see the doctor this morning.

The only thing he wants to do these days is play on the computer.

When used as determiners, this and these can be used to refer to people as well as things, e.g.

These children were first in the queue.
This woman needs urgent treatment.

When used as pronouns, this and these can only refer to things, not people, e.g.

I saw these children in the garden.

The only exception is when they are being used as the subject of the verb be with a noun or noun phrase of specific reference, e.g.

These are the children I was telling you about.

This is my friend Pedro.

Both as pronouns and determiners, this and these can occur after words such as all or both (sometimes referred to as predeterminers), or after quantifiers, e.g. most, many + of, e.g.

I’ve completed most of this exercise.

Both (of) these are suitable.

In informal spoken English, people sometimes use this and these before nouns even when they are mentioning someone or something for the first time, e.g.

… and then this woman came up to me and said 'You’re in the wrong queue'.

We had to wear these really horrible grey socks.

That and those are used to refer to things or people that can usually be seen but which are not close to the speaker. Use of that and those  generally implies that something or someone is further away than they would be if we were using this or these.  Compare the following sentences:

Can you pass me that book over there?

(The speaker is not holding the book, the book is not near to them.)

Shall I pass you this book?

(The speaker is either holding the book or it is very near to them.)

That and those can also be used in expressions which refer to periods of time. They imply a time period more distant in the past or future than would be suggested by using this or these,  e.g.

I went to see the doctor that morning.

He’d like to retire, but those days are still a long way off.

When used as determiners, that and those can be used to refer to people as well as things, e.g.

Those children at the back were really badly behaved.

When used as pronouns, that and those can only refer to things, not people, e.g.

The only exception is when they are being used as the subject of the verb be with a noun or noun phrase of specific reference, e.g.

Those were the friends I was telling you about.
That was Barbara at the door.

Those can also be used as a pronoun which refers to people when a modifying phrase follows it, e.g.

Those seated in rows 20-30 should use the rear exit.

Both as pronouns and determiners, that and those can occur after words such as all or half (sometimes referred to as predeterminers), or quantifiers (most, many) + of, e.g.

Half (of) that amount is enough.

Most of those are unsuitable.

In informal English, that and those are sometimes used to refer to something or someone who is known but not actually present in a situation, e.g.

That dress you were wearing last night was lovely.

Those people across the road have gone away.

Grammatical descriptions of demonstrative pronouns sometimes mention the concept of deixis. Deixis is a term used in linguistic theory to talk about how the meaning of certain words bears a direct relation to the spatial or temporal characteristics of the situation in which they are used. For instance, the meanings of words like here and there are always determined relative to the location of the speaker or listener, and the meanings of then and now relate to the time perspectives of the person speaking or listening. Along with word this and that, and these and those, sometimes described as deictic or exophoric, because their meaning is in part determined by the locational or temporal perspectives of the speaker. Demonstrative pronouns are therefore sometimes alternatively referred to as deictic pronouns.

Using demonstratives to refer back

Demonstratives are sometimes used in what linguists describe as anaphoric reference. This is the concept of referring back to something that was mentioned earlier in a discourse and is a very common use of all demonstratives, both as pronouns and determiners, e.g.

I really liked the salmon; that was the best I’ve ever tasted.

The exam is scheduled for Friday afternoon. You will have two hours to complete this paper.

He’s complaining of a sore throat and a bad headache. These are the most common symptoms.

She was wearing a green jacket and a yellow skirt, but those colours just don’t suit her.

Although this and that are singular pronouns, they can be used to refer back to a number of things that have just been mentioned, e.g.

A cottage in the countryside and two acres of land. That’s what she’d like if possible.

He has a weak heart and high blood pressure. This is why he needs treatment.

Demonstratives are often used to refer back to an entire sentence, or a number of sentences, e.g.

I can’t afford it. That’s the problem.

The room is really big. I don’t think the heater’s working. That’s why it’s so cold.

Note that the demonstrative this is sometimes used to refer forwards in discourse, a concept sometimes described by linguists as cataphoric reference, e.g.

The main problem is this. Anna wants to buy a car but can’t really afford it.

Listen carefully and I’ll explain. This is what you do …