In this article, Ed Pegg talks about how to improve the fluency of advanced Business English students. 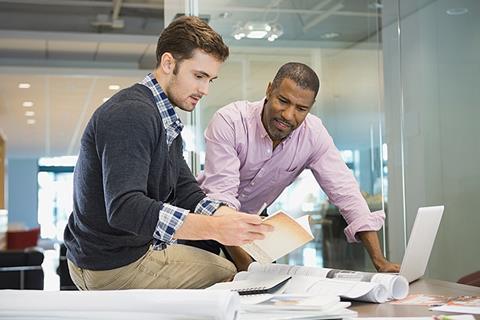 How can I help my advanced Business English learners improve fluency?

Do your learners often express a desire to speak better? Mine do. In fact, it’s the most common request from my learners. But what does ‘speaking better’ actually mean, how do you achieve it and how do you measure it?

I would say it doesn’t mean they’re better. Speaking confidently and accurately is the ultimate goal, but how can learners achieve it?

How to achieve greater fluency?

Get the basics right

Get learners thinking about what they say

Learners can become fairly proficient at expressing themselves at sentence level fairly quickly. However, it can often be difficult for them to combine sentences into clear messages that are easy to understand.

In my experience, there are two distinct groups of learner who exhibit different problems:

The first group prize accuracy. They tend to speak slowly and hesitantly but rarely make mistakes. However, by focusing on use of language, they often neglect the message. This can mean that there is insufficient information to really comprehend what the learner wants to say.

The second group focus on the content of their message. They pay little attention to grammar and vocabulary or the relationship between sentences. They just speak. This can result in a huge amount of information, often in a very confusing order.

The easiest way to help both these groups is ask them to think about what they said and then say it again. They can do this after they’ve spoken on any topic. This allows them to review their language and ideas and make connections. Over time, they will begin linking ideas and expressing themselves more fully and coherently.

Work on the structure of learner’s messages

We often overlook discourse markers like well, so, I think and I mean but they have a powerful role in co-ordinating and managing our messages. If learners want to express themselves confidently over longer turns, these features are critical.

Over time, this will encourage learners to think about how their ideas relate to each other and how they can show listeners the connection. This will allow them to produce more coherent messages, rather than producing one sentence at a time. This will increase the speed and confidence with which they speak.

A key part of fluency is being able to move from one sound to another efficiently. This requires good pronunciation of individual sounds, words and sentences.

To help your learners, make sure their pronunciation of individual sounds is OK and then work on helping them develop clear, effective pronunciation of sentences. Working on chunking (pronouncing groups of words as one block), pausing and key word stress will allow learners to speak more clearly, quickly and confidently, even without any increase in their grammatical knowledge or vocabulary range.

The easiest way to do this is to use transcripts of natural speech. Watch a recording, read the transcript to check understanding and then watch and read. As your learners read, ask them to mark the pauses and stressed words. For more advanced learners, ask them to identify any chunks, although this is very difficult. By doing this over a long period of time, learners will become sensitised to the rhythm of natural, fluent speech and, slowly, their own speech will begin to take on some of these features.

How do you know your fluency’s improving?

Ironically, the way I tend to notice a fluent speaker of English is not by what they say, but how they behave.

Fluent speakers also have the ability to listen to, easily understand and relate their responses to their partners. This is something that lots of my learners have problems with. Often, the stress of knowing they need to say something overwhelms people and they stop listening to others in order to focus on the accuracy of their pending utterance. As a result, what they say can be out of place in the conversation or, occasionally, completely strange.

Therefore, as someone begins to approach a good level of fluency, I often notice that they begin to comment more directly on what other class members say and follow up their comments. This skill is a great way to demonstrate to the learners that their command of the language is increasing. It displays a move from focusing on the grammar and vocabulary of their own production towards using that grammar and vocabulary to facilitate the discussion. And, in my opinion, that’s true fluency.