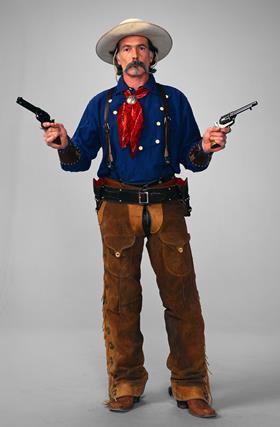 A couple of months ago I heard on the ESOL grapevine that the Refugee Programme was looking for a tutor for their one and only Somali Bantu interpreter. In the last 6 months, a small but steady stream of Somali Bantu families have been ‘resettled’ in our small Vermont town. Their interpreter, a refugee herself, was a busy woman, spending her days with newly arrived families, helping them navigate the maze of settling into a new country. She had pretty good English I was told, but needed some help with her English reading and writing skills. Today we had our first session together.

We meet at her apartment and sit on her bed on top of her pink flowered duvet. There are lots of women and children in the apartment, beds and toys everywhere, but here in Fatuma’s room there is a sense of calm; a little oasis away from all the life going on outside her room. One of the benefits of being a volunteer ESL teacher/ tutor is that I get to choose the projects and students I work with and am often given an insight into their whole culture and life outside of the traditional classroom. As the smells of African food permeate the air I am conscious that this is one of those insights you wouldn’t get in the classroom.

One of the drawbacks of being that same volunteer is that I have few resources and often rely on materials that are old and often dubiously appropriate for the students I work with. The books that Fatuma and I had been given were printed in the 1980s and were geared to adult American learners who have a basic awareness of American culture. They are not geared to ESOL learners and I was unsure how they were going to work. Fatuma had taken my advice (given when we had been introduced and given our materials), and had read one of the pieces in the book, entitled ‘ It don’t hurt much Ma’am’. She had some questions about the vocabulary.

'What does this word mean?' She points to the word ‘caliber’ on the vocabulary list. We practice the word’s pronunciation and while I try to work out just how I am going to explain the measure of a person, I ask Fatuma to find the word in a sentence for me, to put it in its context. I start to read the sentence she is pointing at, 'the bullet caliber…..', I don’t need to read anymore to realise we are talking about a different caliber altogether.

I scan the article and see it is about the unrealistic portrayal of bullet injuries in Wild West movies. I glance at some of the other words on the vocabulary list - 'Wild Bill Hickok', 'Jesse James'. I do my best to describe the diameter of a bullet, and as I do so, I squirm inwardly at the complete inappropriateness of this piece of writing. Fatuma asks about 'vessels', 'abdomen' and 'victim'; the latter word I am particularly loathe to describe. Fatuma suggests a sentence, 'There are victims in my village' and her face betrays nothing but eagerness to have captured the meaning correctly. Fatuma has spent the last 14 years of her life in a refugee camp in Kenya. The irony of her describing the word victim is almost unbearable; her concept of the word is surely more hideously rich than mine will ever be.

We continue with the article as Fatuma has prepared for it and has a good grasp of its meaning; her comprehension skills are excellent and her writing is neat and tidy. She is also very apologetic when she announces that she will have to leave early due to attending Ramadan prayers at the Mosque. As we both don our coats before going outside into the cold October night we chat about movies. When I explain to her that the movies we’ve been reading about depict a time in American history that was over a hundred years ago she looks surprised and a little relieved. We say our farewells and as I drive home I try to imagine what has been going through Fatuma’s head as we’ve been studying. Perhaps she had pictured Wild Bill Hickok riding through the streets of Vermont on his horse alongside all the buses and cars. Next week there will be no cowboys and bullet wounds. I will make sure that I am armed with some linguistically challenging work rather than culturally confusing pieces about cowboy mythology.