3
Teaching creatively: The impact of creativity on students
Methodology: Tips for Teachers

Teaching creatively: The impact of creativity on students

In the second article in this series, Chaz Pugliese examines the impact that creativity can have on students. 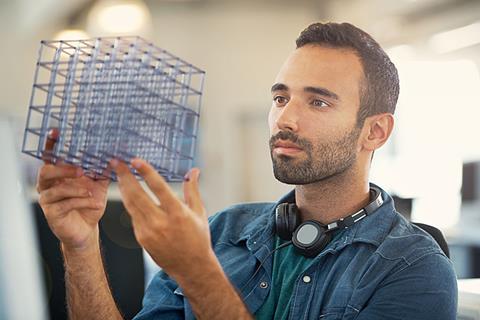 Why does creativity matter?

‘When students are taught creatively and their achievements are assessed in a way that values their creative abilities, their academic performance improves.’ (Lubart T. and R. Sternberg, 1996).

Over the years I have often spoken to my students about the qualities they value in a teacher. What they seem to appreciate most is ‘originality’, followed by ‘fairness’ and ‘caring’, in that order. Originality is, of course, another word for novelty. (In the first article of this series we saw that creativity can be defined as the skills we use to fashion ideas that are both original and useful.) It shouldn’t come as any surprise then that students value originality: after all, us teachers have known all along that you can’t really teach students anything if you haven’t managed to get them to pay attention to what’s going on. And the best way to get the students to be alert is through a surprise! Students like to be surprised, and anything that is new, fresh, is bound to get their attention. My own students confirmed this. When I asked about a hundred of them what they thought a motivating activity was, the great majority answered ’something that makes us think, something that is interesting’. Now, guess what they answered when I asked them to tell me what a demotivating exercise was? You’ve guessed it: an exercise that is boring, routine, monotonous, repetitive (gap fills, anyone?). Interestingly, all this seems in line with recent findings in neurobiology on the quality of attention. This is because the brain is wired to register, store and recall events that are emotionally very vivid. Professor Martha Burns says:

‘A big part of the answer to why some of our students hold onto the information we teach has to do with dopamine, a chemical in the brain that has to be present for someone to retain the information. And how can we increase dopamine? By making the information new and exciting.’

Creativity clearly matters to students and teachers alike. It’s a virtuous cycle, and here’s how I think it works: when the teacher uses a new idea in class, the students will pay attention. Their motivation will increase, which in turn will lead to higher achievement and more general satisfaction.

So, what makes an activity creative?

Well, an activity is creative when it’s new and useful to the students in a given context. As I said, the idea must be valuable, as well as novel. Asking the students to stand on their heads and recite a poem backwards may well be new, but it has no real pedagogical value.

For an exercise to be creative the following characteristics need to be present:

1) Simple: A creative exercise should be simple, but not in the sense of the teacher oversimplifying things, which is counterproductive and can be rather patronizing. It should be simple, not simplistic, and in fact, simple and deep. The aim is to find the core of the idea and to use what’s there. For example, an exercise that doesn’t require any materials (or one that is material-light) can be considered simple in this sense.

2) Compact: It pays to pack a lot into a little, to add stages to the core idea, so that the exercise can be ‘milked’, that is to say, trying to get as much as possible from each of these stages. Ideally, the best option would be an exercise that has several layers, lasagne-style, each offering an entry point into something new and worth remembering.

3) Unexpected: An exercise should hook the students. As we saw above, surprise is bound to get the students’ attention. The problem with attention is that we can’t demand it. We need to convince the students to give it to us. The job of a creative teacher then is to provide the students with multiple hooks, using as many stimuli as possible. This could be done by helping the students break patterns. Suppose the students know you want to do a listening comprehension exercise from the coursebook. They will immediately start making predictions of what will happen. These predictions are called schemata (mental representations). To surprise the students, we need to help them get rid of these schemata. How? Try adding a twist to a story, for example. Or do things differently for a change (as argued by John Fanselow in his seminal Breaking Rules, 1987).

4) Unconventional: The Japanese call this datsuzoku; it’s one of their principles of Zen aesthetics, and it roughly means freedom from routine and conventions. A language exercise that goes beyond language is unconventional. Students often appreciate it when they leave the classroom feeling that they didn’t just practice language, but they also learned something else on top of that.

5) Credible: If an idea appeals to the students’ emotions, it is credible. So, a credible exercise is one that helps the students take off their analytical hat and put on their emotional hat, just for a change. It takes creativity to design an exercise that has an impact on the students cognitively (intellectually) and affectively (emotionally). In short, an idea that makes them think, but also feel. One of my students summed it up neatly when I asked him what sort of exercise he liked doing in class: ‘I have a brain, I want to use it,’ he answered.