Activities which focus on developing strategies for the listening tasks. 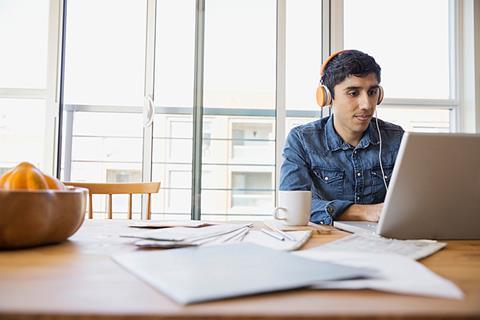 These classroom activities focus on developing strategies that IELTS students will find useful in attempting the various listening tasks. Some can also be used with the reading section.

I’ve referred to the activities as pre-listening as their aim is to help train students in ways of approaching different question types before actually listening to the texts. In particular, the activities raise awareness of the value of prediction and grammar in recording accurate answers.This article has been divided into six sections, each looking at one important area of the listening test:

I believe many students find the true/false/doesn’t say and yes/no/not given questions in the IELTS academic reading module particularly difficult, especially the difference between no and not given. One approach to help students focus on the task is to get the students to underline ONE keyword from each statement. It’s often advised to underline keywords in questions but it may not be clear to students what kind of keywords to look out for. I’ve illustrated this below with a list of statements from true/false/doesn't say  and yes/no/not given questions found in Sam McCarter’s IELTS Testbuilder.

The suggested answers I’ve given may not seem that obvious to the students who would possibly consider keywords such as 'modern' or 'New Forest' as more significant. However, the keywords shown have a greater significance in terms of the meaning of the whole statement and illustrate a number of traps in the test. For instance:

These examples thus illustrate the importance of looking out for: negativity, a specific number, the whole or a proportion of, positive and negative connotation and reference to time. Other ones to watch out for include:

Again the 'headings' question turns out to be another of the particularly tricky ones for IELTS students. It’s often the case that students are stuck between a choice of two and may select the wrong answer possibly because of the use of distracters in the text. I try to get the students to focus on the headings by first finding similar headings and then finding the difference between those similar headings. I’ve illustrated this with a headings exercise below from IELTS Foundation.

This activity can really help to mentally train students to see the difference between the choices and become more aware of distracters.

This is a strategy for developing pre-listening prediction skills where the student may need to discriminate between pictures, maps, diagrams, graphs, etc in multiple-choice questions.

Take a multiple-choice question from your practice test and four similar photographs or pictures that go with the question. Follow the steps below:

This activity is taking an exam exercise but making it into a fun speaking activity and at the same time mentally training the students to focus on the difference between pictures, maps, graphs, etc. By doing activities like this you are in fact improving the students’ pre-listening prediction skills.

There are a lot of activities you can do in the classroom in order to improve pre-listening prediction skills for this section of the test. Show students an incomplete form, as per the example below:

Ask students what kind of information is required for each gap, i.e.:

However, the form gives you more information than that: e.g. for 1. the number must be a four-digit number (as can be seen from the format even if the students are not familiar with credit cards). In question 3, the number may also have a letter after it. A useful strategy (as suggested by Sam McCarter in IELTS Testbuilder)  is that the student mentally forms a question for each gap, e.g.

This kind of task may seem relatively easy but bear in mind in order for the students to get their required grade in IELTS it is essential they don’t throw away any marks in an exercise like this.

I personally believe that form filling listening exercises can throw up a lot of potential pitfalls for students and that there are a lot of possible classroom activities for dealing with them. Below I’ve listed some of the possible pitfalls and given some suggested activities to help work in this area.

What kind of numbers would you expect to come up in an IELTS listening test? The following numbers are very likely to appear, at some stage:

You could raise awareness of this and practise sound discrimination through:

Letters of the alphabet activity

Go through whole alphabet letter by letter. Each time you have a new vowel sound place under a new column. How many columns will you have by the end of the alphabet?

If your students are not familiar with phonetic transcription you could use a rhyming word such as in the second table below.

Be careful which rhyming word you choose as students may not pronounce them correctly!

Discuss with students problem letters they have when filling in forms or speaking on the telephone, e.g. G/J, I/E, P/B, B/V. Make students aware that it is exactly these kinds of sounds that the students will be tested on in the exam.

Give the students an address, written in the following usual format:

We know this format. Do your students? Familiarize your students with British/Australian address formats. How do other nationalities write addresses, for example the Spanish or Chinese?

Students dictate their names and addresses to each other. Spell all words. Other possible activities include dictating information from business cards, possibly over the phone.

Don’t take it for granted that the students are familiar with address formats. It is important that they are familiar in order to enhance prediction skills.

Make your students aware of the following:

Interpreting the layout of a table or diagram can be particularly important in the listening test and is also a prediction skill.

Look at the layout of the questions and you will notice that in activity 4 numbers 7–9 go from bottom to top. In activity 5 numbers 11–14 follow in an anti-clockwise direction.

Many nationalities naturally read from left to right and top to bottom. Under the pressure of the test it would be very easy to miss out a question by mistake and lose marks easily because you are looking in the wrong place. When my students have such a question where interpreting the layout is extremely important I get them to physically follow the numbers in order with their pen or finger before listening to the text.

With the case of a map or diagram it may be essential to find a starting position as shown in activity 5, a bit like looking at a map when you arrive in a town you haven’t been to before and you want to find tourist information. The first thing you do is look for 'YOU ARE HERE' on the map.

The task shown below is an example of what may be seen in the listening paper and involves filling gaps in a summary from a reading text.

Is it surprising that there is a 1)........ of teachers? Schools do not have enough teachers, but what are the reasons for this? To begin with, fewer students are going into 2)........ courses after finishing schools. But this is not young people's fault. The 3).......... of teaching has been under constant attack over the last ten years. The government's lack of respect for the profession is 4)........... Moreover, administratively, the flow of bureaucracy is 5)..........., even pupils in schools have no respect for those who teach them, as a 6)......... series of assaults on teachers shows. The growing strain and stress means that, as well as fewer applications for teacher-training courses, teachers who have experience and are 7).......... are also being driven out.

Before reading the text get the students to read the summary and decide what grammatical form is needed for each gap and ask them what helped them decide, e.g. 1) a singular noun.

This kind of activity works well and is a useful prediction skill with some students but only those that have a reasonable knowledge of grammar and are able to apply it. Often though, many of my students are not very familiar with grammatical terms regarding 'parts of speech' and find it difficult to work out from sentences the grammatical form needed to fill the spaces in the text. To illustrate some simple grammar I use typical sentences from IELTS writing part 1, e.g.:

Between 1979 and 1983 unemployment increased dramatically.

Between 1979 and 1983 there was a dramatic increase in unemployment.

The words from the above sentences are then put into the table below:

This activity helps students who are weak on grammar to learn the different parts of speech, i.e. verb, adverb, adjective, noun, etc. You can then use the terminology to help with summary questions.

Grammar familiarity is also necessary in some types of listening activities, e.g. filling gaps in notes. The example below is taken from IELTS Foundation:

In order for the student to be successful in this task they need to be able to listen to the text and paraphrase it to insert the correct words into the text. In the recorded text the words actually used were:

Therefore, the student has not only had to listen but also carry out a grammatical transformation in each case, i.e.:

1. from adverb to adjective (verb phrase to noun phrase)
2. passive phrase to using the noun
3. verb as past participle to noun
4. noun to use of future passive
5. notes of lectures to lecture notes (because of two word limit)
6. noun to verb
7. counts to count (subject-verb agreement)

In summary students need to:

I believe the kind of transformation activity you find in Cambridge ESOL examinations such as First Certificate are useful in helping students practise different kinds of grammatical transformations that are required in such a question. For example:

The cleaner opened the door.

This activity could be broken down into separate stages for training purposes. For instance, students firstly practise note taking skills and then practise transforming those notes into a text requiring the need for grammatical transformations.This could be done by giving the students keywords for them to make notes on, e.g.:

After students have made notes under the headings, hand out the gapped sentences to be filled in.

I think this is a really useful activity because it makes students realise that there is more to listening than simply listening but also raises awareness of the importance of grammar. In addition, it helps the teacher identify problems as you can see whether it is the initial listening the student is having a problem with or carrying out the grammatical transformation. This technique could be used for almost any type of listening exercise in the IELTS paper, i.e. incorporating a note-taking stage using headings before actually carrying out the IELTS task required.