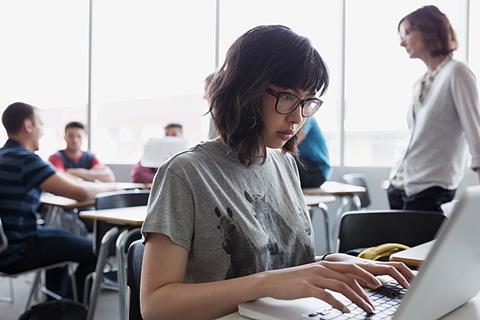 AGE: Edmodo is possibly most suitable for teens (though they might prefer to use Facebook!). You could certainly also do the lesson with adults, but with them a private Google+ community might be better. I’ll look at that in a separate lesson.

LEVEL: Any class in which you are teaching or revising irregular simple past forms and (optionally) past perfect forms (A1–A2). You can, however, take the lesson suggested and use it at any level, right up to C2.

AIM: Creative practice using the irregular verb forms, with the students writing and sharing their stories via Edmodo.

LANGUAGE FOCUS: Simple past forms, including past perfect if you’ve also been doing that. You can add to this by having your stories on a particular theme, e.g. if Valentine’s Day is coming up, romance; if it’s nearly Halloween, horror stories, etc.

TOOLS REQUIRED: Signing up for Edmodo – one of the many things I like about Edmodo is how easy it is to join and manage.

If that sounds complicated, don’t worry: one of the great things about Edmodo is that it’s so easy to use.

You have full information, videos on set-up, etc on Edmodo.com (see Useful links, below).

Tip: As with all technology, it can be helpful to try it out first yourself. With Edmodo, you could set up a group for other teachers to use with you. They should join Edmodo as teachers (not as students), then join your group. It makes a great virtual staffroom for sharing ideas!

How to teach the lesson

The lesson suggested below works well in different ways. I’ve been using this idea with pen and paper for over 20 years, but if you have computers in the classroom it can be done in class. If you don’t have one device per person (computer, laptop, tablet or even mobile phones …), have your students work in pairs.

Personally, I actually prefer to have students work in pairs; I sit them in pairs in front of a single computer, and they write one story per pair. The advantages are: (1) they have to collaborate and talk; (2) anyone who hates writing or thinks they just don’t have the imagination for this task gets help from a partner; and (3) you reduce the amount you might have to correct by 50%. Yay!

Alternatively, you could set the task to be done outside class (i.e. as homework), with the students sharing and commenting on their stories via Edmodo.

Before turning any computers on 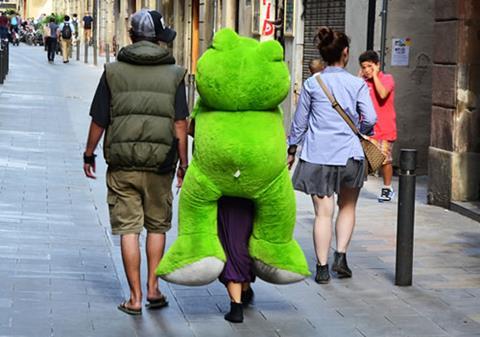 I generally do this in open class and use it as an opportunity to provide any extra language the story might require.

Now turn your computer on!

I try to avoid using the dreaded word ‘homework’, but here’s a couple of fun things to do before the next class:

In the next class …

At a more advanced level, you could try the following:

If you (or your students!) would rather practise speaking than writing, you could also have your students narrate their stories orally, record them with a tool like Vocaroo vocaroo.com or Voki (look for the free version!) www.voki.com/pricing.php or an app like Spreaker www.spreaker.com, and then share the audio (mp3) files created via Edmodo.

Edmodo: some of the features well worth exploring http://blogs.ihes.com/tech-elt/?p=3640

More ideas on how you could use Edmodo http://blogs.ihes.com/tech-elt/?cat=72

If you try the lesson out, I’d love to hear how it went. Do tell me in the comments (and feel free to ask questions, too).

Edmodo and the Edmodo logo are registered trademarks of Edmodo, Inc., used with permission.